The daughter of Tory Carlon, the firefighter who was killed in a shooting at Station 81, graduated from high school Thursday, wearing her father's firefighting jacket as she tearfully received her diploma.

LOS ANGELES - The daughter of Tory Carlon, the firefighter who was killed in a shooting at Station 81, graduated from high school Thursday wearing her father's firefighting jacket and hundreds of firefighters from across the state turned out in a show of support.

The firefighters who attended the Saugus High School graduation ceremony in support of Joslyn Carlon were dressed in all black. Her fallen father's colleagues stood at attention as the family arrived for the ceremony at the College of the Canyons. 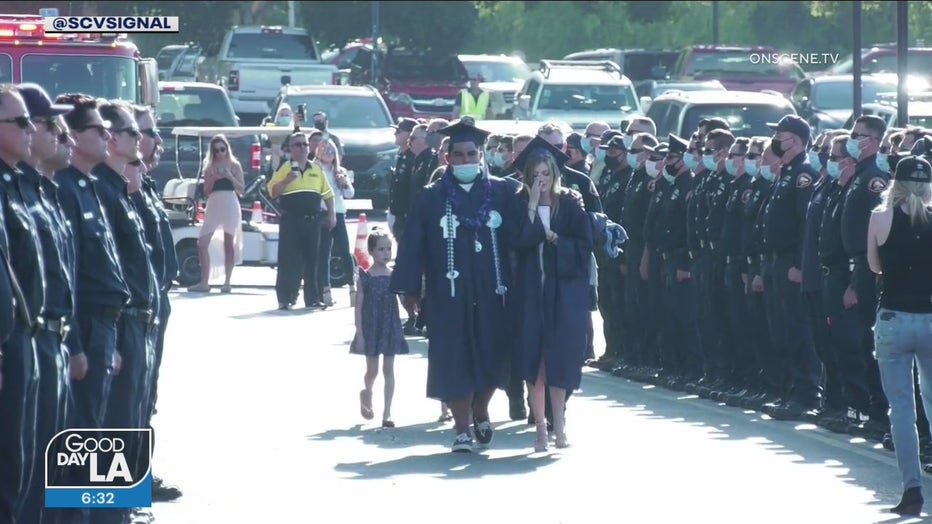 When her name was called, they made sure Joslyn knew they were there for her.

Joslyn received her diploma with her father's fire turnout coat draped over her shoulder and her dad's close friend on her arm.

It was obviously very emotional for her as the crowd stood and cheered. The 44-year-old firefighter specialist was shot and killed at the Agua Dulce station on Tuesday. He was remembered by the fire chief as "a brave, committed, loyal member of our department for over 20 years."