Culture Conversations is a new FOX 11 Digital program aimed at closely examining the issues that our nation is grappling with at this moment. We talk to Lizza Morales, Congresswoman Karen Bass, and give you details on Blackout Day coming up on July 7. 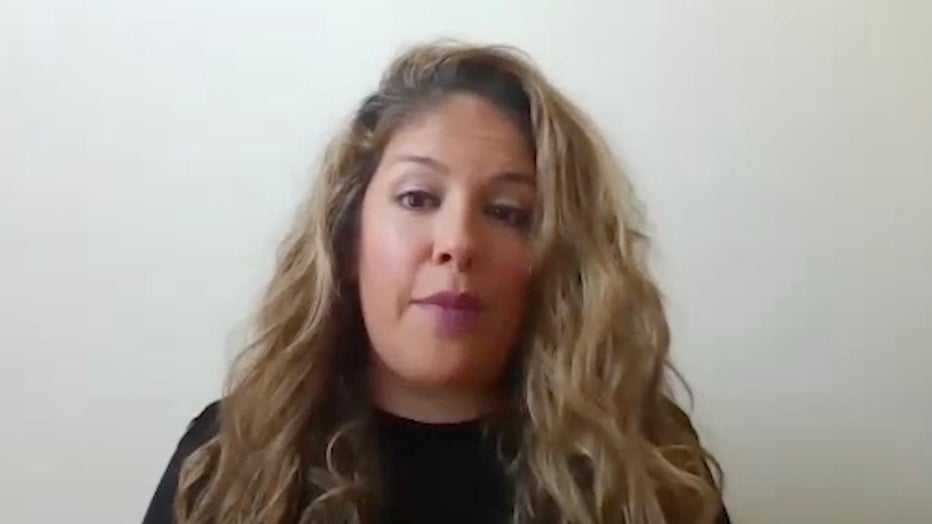 Lizza Monet Morales: Lizza Morales is a Latina activist who works hard for the betterment of her people and society as a whole. Morales is a leader in her community who works tirelessly to champion Black and Brown causes and help get them the justice they deserve. This week she spoke to Culture Conversation host Mimi Brown about two very important cases currently dominating the headlines: Andres Guardado and Elijah McCain. Follow Morales on Twitter and Instagram.

Andres Guardado, 18, was the victim of a deputy-involved shooting that involved two Compton Station deputies with the Los Angeles Sheriff’s Department. The shooting occurred outside an auto body shop where Guardado worked as a security guard.

"Andres Guardado was shot and really frankly, executed by a sheriff’s department deputy in Los Angeles in the City of Gardena. What’s important to note about that is that it was, from what we’re told from witnesses, it was two deputies that pulled up in an unmarked vehicle and they pulled out three guns on him. They were in plain clothes and did not identify themselves. I don’t know about you, but for me, if I were somewhere and someone pulled out a gun, my first instinct is to run and unfortunately, he did do that. That apparently ended up being the wrong move to do because it didn’t end well. It ended with his death. The community has been demanding that the tapes be released because it’s alleged by the auto shop manager that the footage was actually taken, cameras were broken. There is footage of that and the footage was actually illegally obtained…they did not get a warrant until after. And because of that, we can’t actually see what happened. There are claims now that a gun was apparently at the scene, however, Andres himself had no gang involvement or ties." 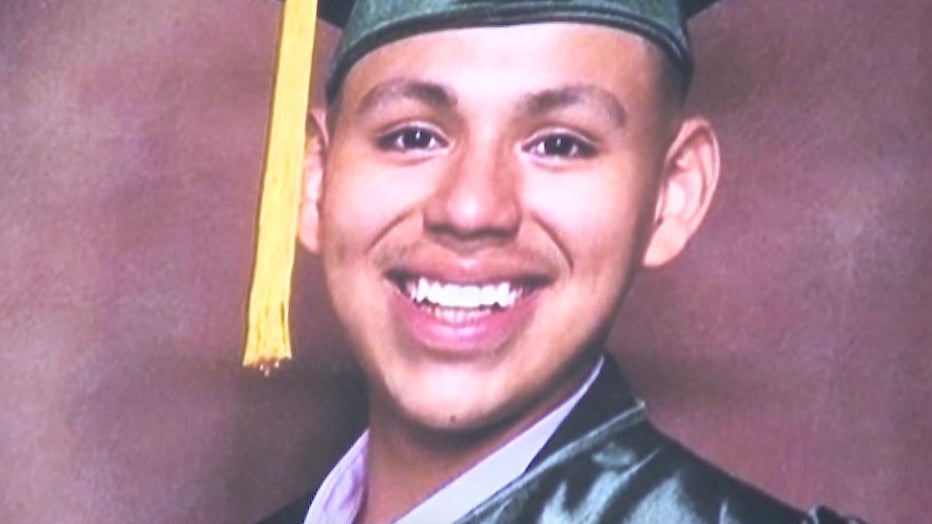 Guardado was an aspiring nurse.

"He was a hardworking student. He was 18-years-old, he had two jobs to pay off his car. More importantly, what’s really touched me, is he was looking out to help out his family because his father had recently lost hours working at the restaurant because of the quarantine. So he wanted to step up and be a young man and do what he can to help out his family. He had just left one job and had come to the other one…it just breaks my heart this was a kid with a dream and with the hustle and was doing it right."

Morales is also working to bring light to the Elijah McClain case in Colorado.

"That one…that is a really tough one that I’ve had a hard time processing," she said. 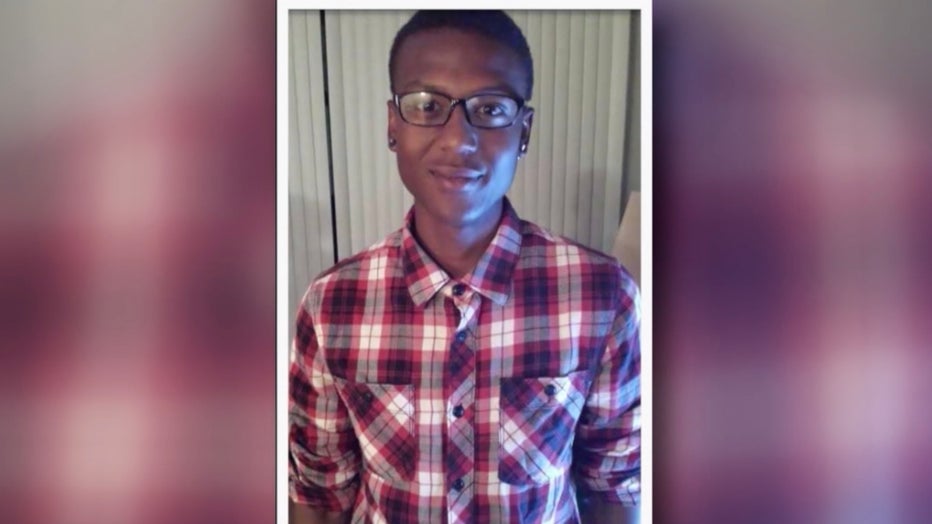 "It’s been almost a year. Elijah McClain was a gentle soul from Aurora, Colorado and he was anemic so that made him cold so you would often find him covered up. Even though masks today are a little bit more normal in 2020, in 2019 that combined with him being Black apparently posed a threat to someone."

A resident called police on McClain. During his confrontation with officers, he was beaten and proceeded to vomit four times.

McClain told officers he had rights and boundaries, but did not resist.

A short time later, one of the firefighters who arrived at the scene administered McClain Ketamine with a dosage suitable for a man who weighed 220 pounds. McClain only weighed 140 pounds, Morales explained.

McClain suffered a seizure and died.

"At what point will the police hear our cries?" she asked. 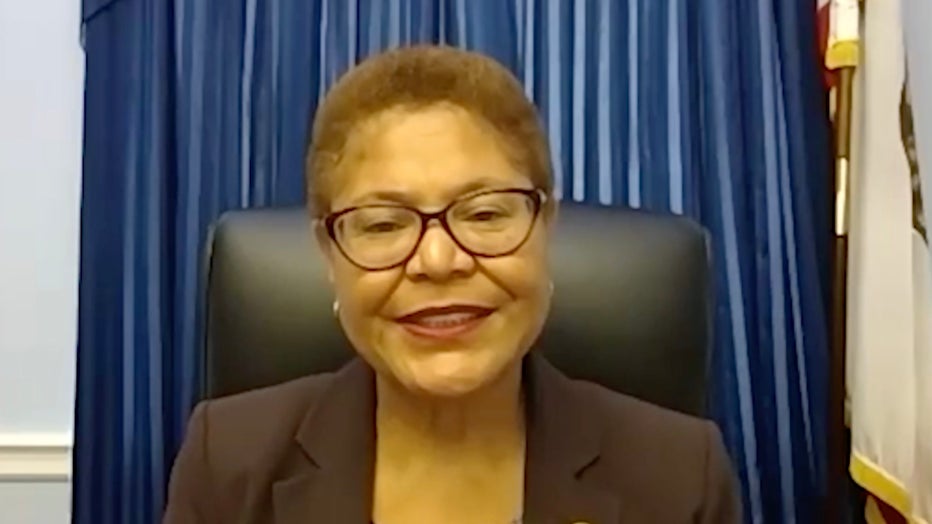 Congresswoman Karen Bass: Karen Bass presides over the 37th congressional district in Los Angeles. She is also the first Black woman to ever preside over any state legislature in the United States. She spoke about the George Floyd Policing Act and how nationwide protests help secure its passage in the House. She also discussed her political future and other causes that are close to her heart. Follow Rep. Bass on Twitter and Instagram.

"We thought passing the bill would be a partisan vote and it wasn’t. We had a few Republicans that came on board, which I was very excited about. It died in the Senate, we passed it out of the House, it now goes to the Senate and now we’ll see what we can do. What typically happens during this time, is this is when the conversations begin. It was just really important to us in the House to pass a bill and to do a bill that was not symbolic, that was really transformative in changing police culture in the United States. We wanted to do it quickly so we literally passed it 30 days after George Floyd died and on Tamir Rice’s 18th birthday which is to me made it just very emotional. A number of my Republican colleagues throughout the debate on the bill, through the hearing, the vote in the committee…they talked about everything under the sun except for the bill. They came up to me afterward, they talked about how much they agreed with different parts of the bill so it makes me feel like we might have a place to land. So now we’ll explore that and see if that’s the case."

Rep. Bass also shared her advice for demonstrators who continue to fight for justice.

"What I want protesters to do…I want them to protest every single day. I want them to protest peacefully, I don’t want to see violence or looting or any of that, but their protests are the reason why we were able to pass the George Floyd Justice in Policing Act. I just can’t say that enough. The only way real change occurs on issue like this is when there is outside pressure that forces Congress to act." 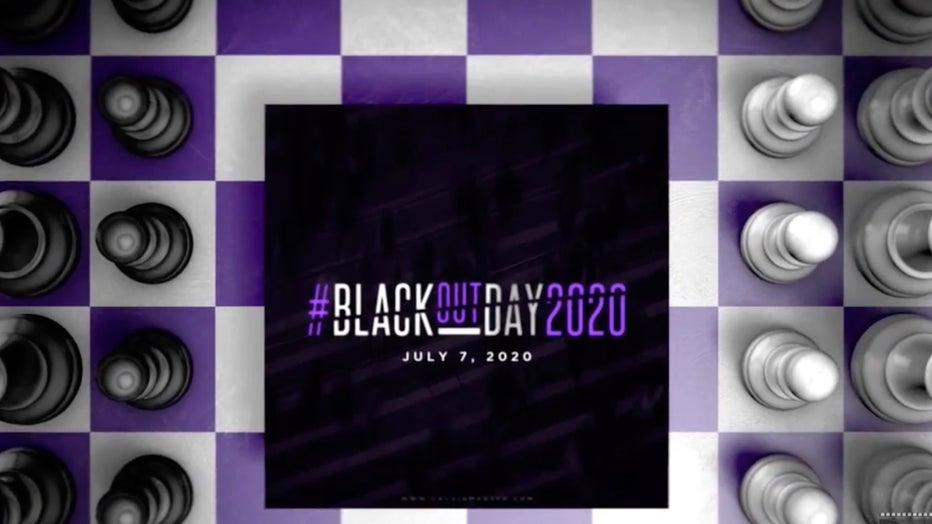 The Black Lives Matter movement is advocating for social justice and equality through social media campaigns that continue across America.

The latest effort seeks to demonstrate the power of the Black Dollar.

Blackout Day 2020 challenges Black people, people of color and other supporters to avoid purchases online and in-store on July 7th unless it’s a Black-owned business.

She joined FOX 11 News at Noon to discuss this week's episode:

Culture Conversation host Mimi Brown joined Marla Tellez at FOX 11 News at Noon to discuss what you can expect from this week's episode.