On social media there is no shortage of reaction to the ambush of two deputies. We hear from a man who's been working to make a difference in Compton for nearly two decades. Jack Wilson is pastor of a small church called Solid Rock.

COMPTON, Calif. - "I believe they need to surrender," says pastor Jack Wilson of Compton's Solid Rock Mission Church. The pastor, who's made it his mission to feed his community during the coronavirus pandemic, is calling on the gunman who ambushed two L.A. County Sheriff's deputies to turn himself in.

Pastor Wilson called the shooting of the deputies on Saturday "cowardly." The two were sitting in their SUV outside the Metro station when a man walked up and fired into their vehicle.

The female deputy is the mother of a six-year-old. The male in his 20's. Both have just 14 months on the job. The reward being offered for information leading to the arrest and conviction of the gunman has grown from $100,000 to $200,000.

Pastor Wilson grew up in Lynwood. He's been the pastor of Solid Rock Church for nearly two decades. He calls it a small church, but full of heart. Partnered with World  Central Kitchen the church hands out 4000 meals a week over three different days. 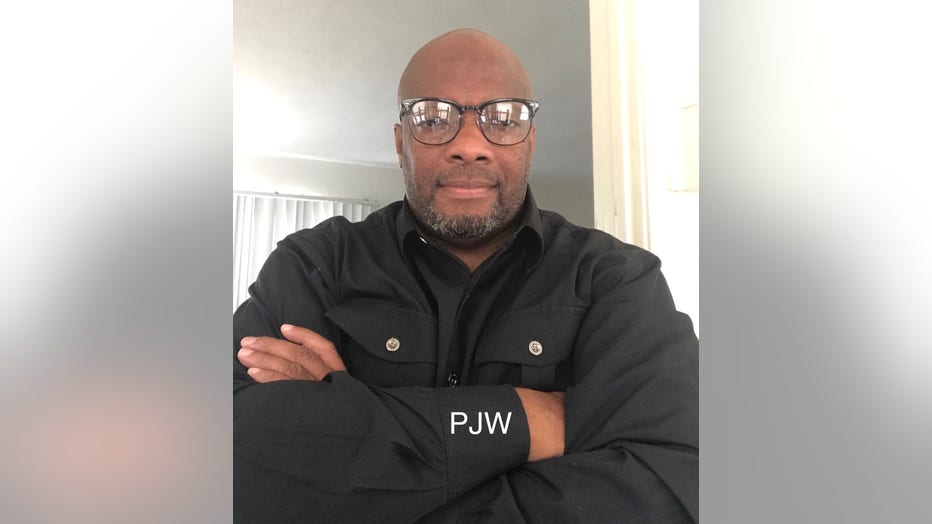 Wilson says as a pastor he has never had any bad encounters with law enforcement personally but understands the community is hurting with accusations of police brutality and the recent high profile deaths by officers, including that of Dijon Kizzee in South LA.

Wilson has protested at the Compton Sheriff's station calling for body cameras for deputies.

He thinks that will help the community and the officers. The two injured deputies are recovering at the hospital.

Saturday, a small group of protestors had gathered at the hospital Saturday yelling "I hope they die."

Pastor Wilson countered with prayer. As for the Black Lives Matter movement he says the ambush is evidence that "all lives matter."