Two bodies found earlier this month have been identified as a missing teenage couple. Ethan Manzano and Sophie Rayanne Edwards disappeared on July 1 while driving in the Angeles National Forest.

LOS ANGELES - Two bodies found earlier this month have been identified as a missing teenage couple who were last seen driving in the Angeles National Forest.

The coroner's office identified the bodies as those of 19-year-olds Ethan Manzano and Sophie Rayanne Edwards. 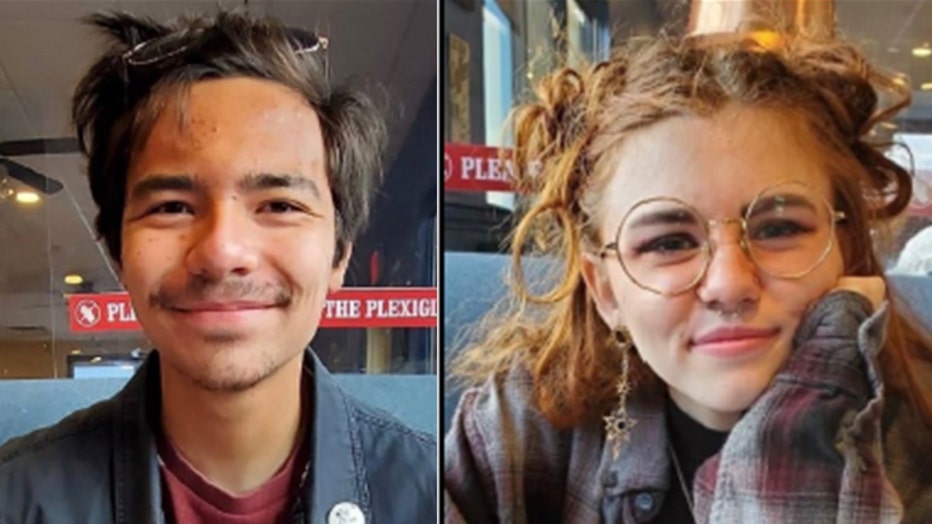 The pair disappeared on July 1 while riding in a silver 2007 Isuzu Ascender. They were last seen at about 1:30 p.m. that afternoon near mile marker 51 of Angeles Crest Highway, according to the Los Angeles County Sheriff's Department.

Crews found the wrecked Isuzu at the bottom of a cliff about 1,300 to 1,500 feet below the roadway on July 6, as well as some of the couple's belongings. The two bodies were found inside the vehicle.

Authorities have not released an official cause of the crash, but investigators speculate that the vehicle's driver may have veered off the winding roadway and over the side of the cliff.