SAN BERNARDINO, Calif. - A touching memorial was held on Friday to honor the life of Charles Morton who died while battling the El Dorado Fire.

The forest service crews that fight fires by hand in the front lines are known to be tough. And Big Bear Interagency Hot Shot Leader Charles Morton was known as one of the toughest and smartest.

His death during the El Dorado fire hit many hard. 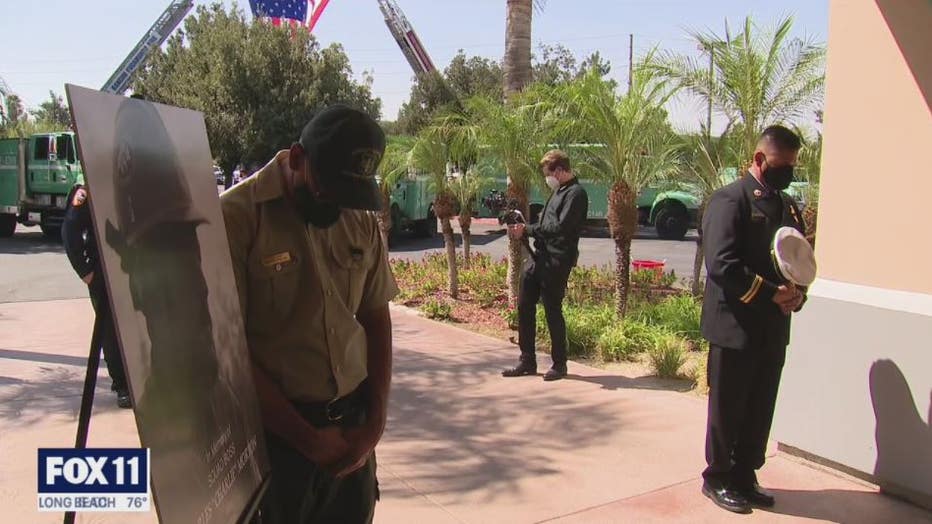 Over a thousand people attended his Memorial Service at the Rock Church in San Bernardino.

There wasn’t a dry eye in the house (or courtyard, which is where most stood, due to COVID restrictions) with the ceremony of a traditional last radio call, the solemn tolling of bells and sweet words by those who loved him. 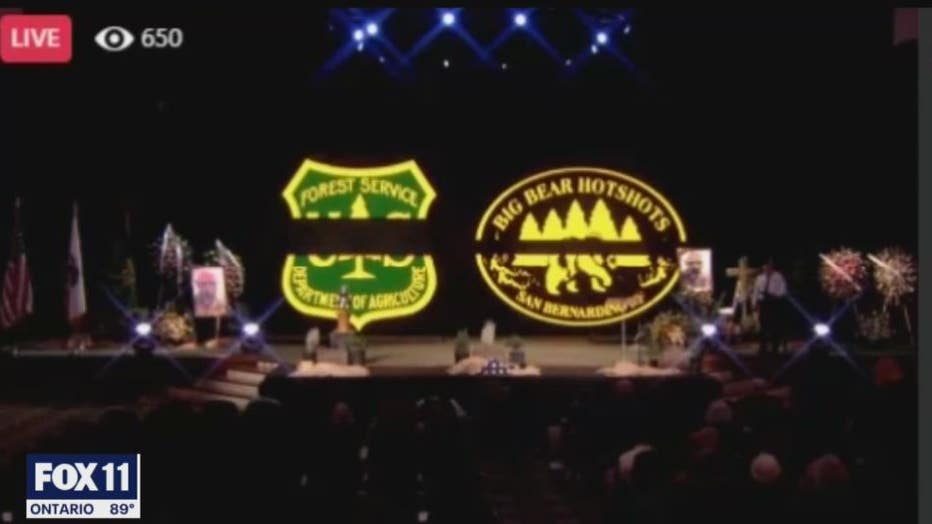 But just when you thought there was enough pain to fill and overflow an ocean, word got out that another member of the Big Bear Hotshots, has disappeared.

Carlos Baltazar was reported missing by his family. His vehicle was found, abandoned, on highway 18, his backpack 75 yards away. 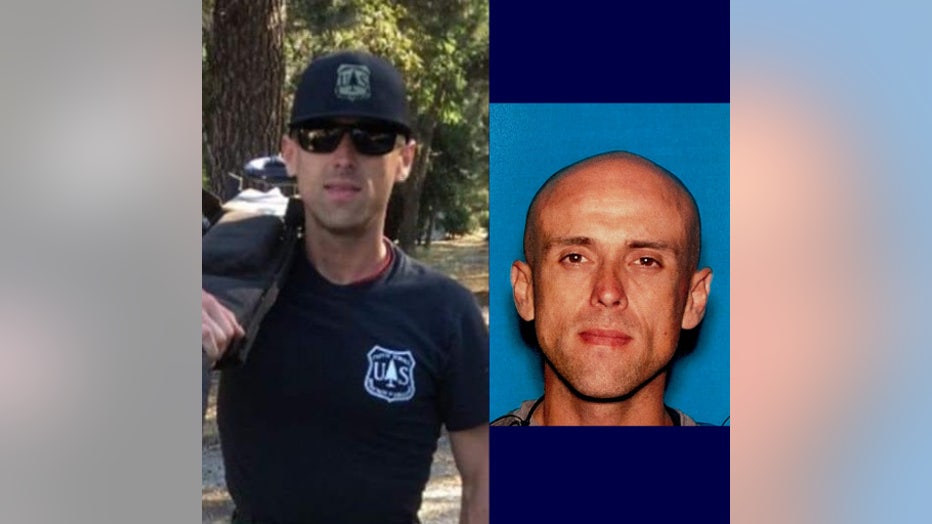 San Bernardino Sheriff is investigating his disappearance, as well as Morton’s death.

Details have yet to be released about the latter, although the investigation has taken a turn, since the El Dorado fire was started by a smoke pyrotechnic released during a gender reveal party that was held at the forest. His death could result in criminal charges, so investigators are taking their time and the San Bernardino DA is involved.

Baltazar’s family says he has been missing since September 20th. His search continued, even today during Morton’s service.

Both men were friends. For the Big Bear Hot Shots, who are some of the toughest in the field, this has to be beyond difficult, and hopefully, answers will come, soon.

On top of it all, the El Dorado fire continues to be active, scorching over 22 thousand acres. But containment has grown dramatically, to 81% -  testament to the hard work of these firefighters.