A firefighter battling the El Dorado Fire has died, the U.S. Forest Service said Friday. The cause of the death, which occurred on Thursday, is under investigation, according to the agency.&nbsp;

YUCAIPA, Calif. - A firefighter battling the El Dorado Fire has died, the U.S. Forest Service announced Friday. The cause of the death, which occurred on Thursday, is under investigation, according to the agency.

The firefighter went missing in the San Bernardino National Forest while battling the blaze, officials said.

“Our deepest sympathies are with the family, friends and fellow firefighters during this time,” spokesperson Zach Behrens said in the release.

He was later identified as 39-year-old Charles Morton, a squad boss for the Big Bear Hotshot Crew, according to the U.S. Forest Service. 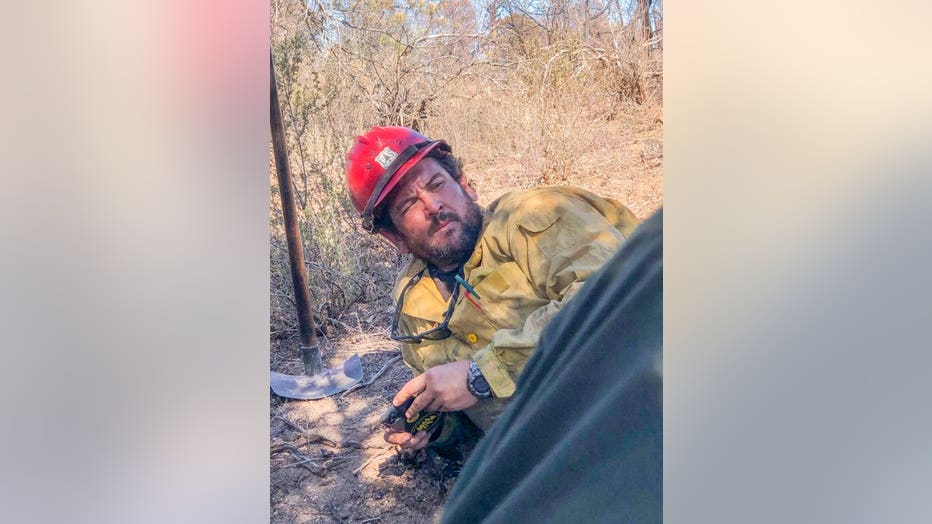 “Charlie was a well-respected leader who was always there for his squad and his crew at the toughest times,” said U.S. Forest Service Chief Vicki Christiansen. “Our hearts go out to Charlie’s loved ones, coworkers, friends and the Big Bear Hotshots. We will keep them in our thoughts and prayers.”

One fatality has been reported, as well as 13 other injuries.

Authorities determined the El Dorado Fire was sparked by a smoke-generating pyrotechnic device used during a gender reveal photoshoot over the Labor Day weekend. 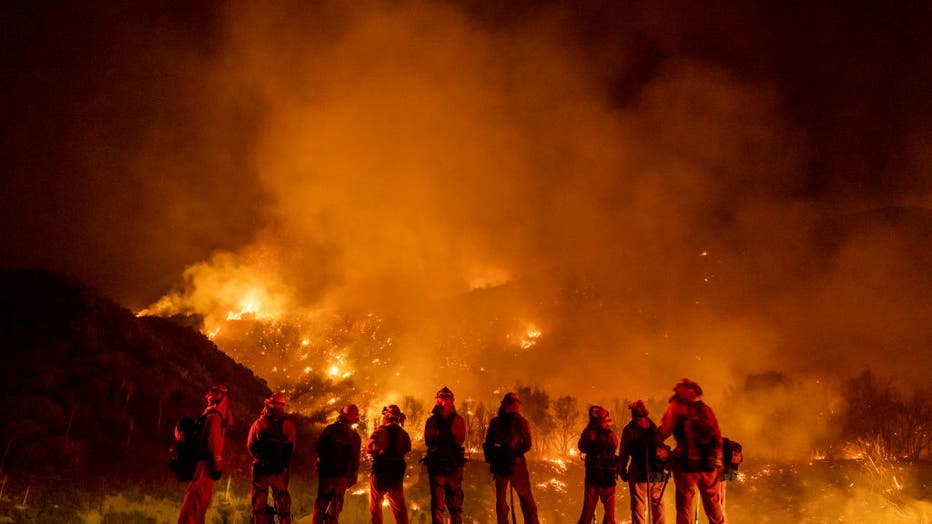 The El Dorado Fire burns a hillside near homes in Mountain Home Village, California, inside the San Bernardino National Forest, September 9, 2020. (Photo by Kyle Grillot for The Washington Post via Getty Images)

The fire was first reported at 10:23 a.m. Sept. 5 at El Dorado Ranch Park. The fire spread from the park to the north on to Yucaipa Ridge that separates Mountain Home Village and Forest Falls from the city, officials said.

California’s Department of Forestry and Fire Protection, or Cal Fire, said earlier this month that the fire was ignited Sept. 5 when a couple, their young children and someone there to record video staged the baby gender reveal at El Dorado Ranch Park at the foot of the San Bernardino Mountains.

The device was set off in a field and quickly ignited dry grass. The couple frantically tried to use bottled water to extinguish the flames and called 911.

Authorities have not released the identities of the couple, who could face criminal charges and be held liable for the cost of fighting the fire.

Crews are battling a brush fire that broke out on Saturday in San Bernardino County.

Shortly after the fire began, San Bernardino County District Attorney Jason Anderson issued a statement saying he was aware of the community’s concerns about how the fire started.

“If investigative reports are filed with our office, we will review all facts, evidence, statements, and reports to determine what criminal charges, if any, need to be filed,” Anderson said.

During the first weekend of the firefight, their main concern was the heat. Firefighters initially said the blaze was extremely active with 300-foot flame lengths. 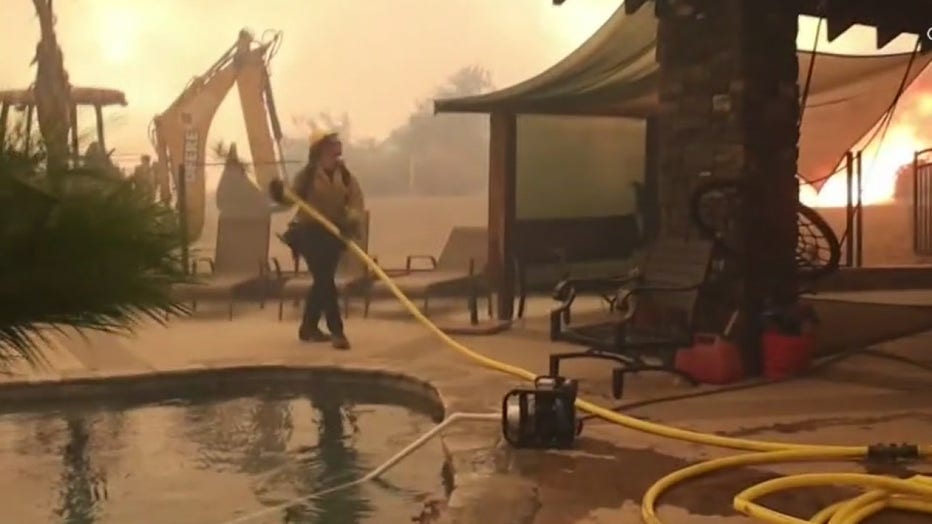 All evacuation orders have been lifted, as of Sept. 25, however, all previously evacuated communities remain under an evacuation warning.

"As you return home, please keep in mind that there will be firefighting personnel, heavy equipment and other cooperators working in the area," officials with the San Bernardino National Forest wrote in a news release. "Expect to see and smell smoke along with occasional Please drive with EXTREME caution. Slow down, obey all traffic laws and expect possible traffic delays."

A Red Cross reception site has been established in the cafeteria of the Redlands East Valley High School, 31000 E. Colton Ave., Redlands. Those looking to evacuate with animals can contact San Bernardino County Animal Care and Control at (800) 472-5609.

On Sept. 25, the U.S. Forest Service announced that current forest closures and fire prohibitions in California have been extended, saying the action will be evaluated daily, taking into account fire and weather conditions.