LOS ANGELES - An attorney who briefly represented Marion "Suge" Knight in what was a murder case at the time failed to show up in court Tuesday for sentencing on conspiracy and perjury charges, prompting a judge to issue a bench warrant for his arrest. 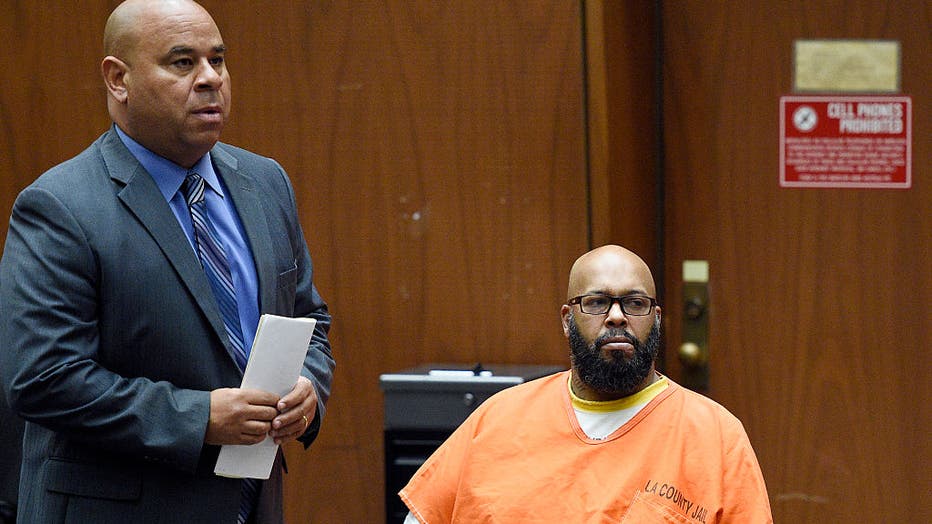 Matthew Powell Fletcher, 57, pleaded guilty in February to one felony count each of conspiracy to obstruct justice in Knight's case and perjury under oath stemming from a State Bar disciplinary proceeding involving a separate murder case. Under his plea agreement, he is expected to receive five years of probation but no jail time. The deal also requires him to resign from the State Bar of California.

Fletcher -- who was originally indicted on five felony counts -- could have faced a maximum sentence of three years and eight months in jail if he had been convicted as charged. Jurors were already deliberating in his trial when he struck the plea deal.

Fletcher, a Long Beach-based attorney, has been practicing for more than 24 years.

Under the last-minute deal reached with prosecutors, Fletcher agreed not to practice law in California or apply for reinstatement with the State Bar.

"He was smart because the jurors were going to convict him of four to five counts," Deputy District Attorney Phil Stirling told City News Service outside court after the plea was announced.

The prosecutor noted that it was the "wildest, most dramatic case" he had ever tried in his 30-year career.

Fletcher represented Knight for a short time in a case in which the former rap mogul eventually pleaded no contest to voluntary manslaughter for running over a man with a pickup in the parking lot of a Compton hamburger stand.

Fletcher was indicted by a Los Angeles County grand jury just over four years ago on one count each of conspiracy to commit bribery, conspiracy to suborn perjury, conspiracy to obstruct justice and accessory after the fact involving Knight's case. He was also indicted on one count of perjury under oath involving his testimony at a State Bar hearing involving whether he had texted the brother of a defendant in another case and provided him his banking information.

Another of Knight's former attorneys, Thaddeus Culpepper, 48, was also indicted.

In his closing argument during Fletcher's trial, Deputy District Attorney Stefan Mrakich said Fletcher and others were involved in a conspiracy to either get the case against Knight dismissed or for Knight to be acquitted through false testimony when they knew that he was guilty.

Fletcher -- who was acting as his own attorney -- said he had proven that the entire working theory of the case was "wrong" and accused prosecutors of making personal attacks "when they know what they're saying is baloney."

"There is no evidence that I gave anyone anything, none," he said, telling the panel that he had challenged prosecutors to call in a witness to say that he had offered to pay anyone even a penny.

"They have no evidence that I .... entered into a conspiracy with anybody," Fletcher said.

Stirling told the jury in his rebuttal argument that Fletcher is "wildly dishonest at the highest level," arguing that Fletcher "has lied to you repeatedly."

"You can't have a justice system that allows attorneys to lie and manipulate ... We need this system to be pure, as pure as possible," the prosecutor said Monday in his rebuttal argument a few hours before jurors were handed the case. "This case is entirely about dishonesty."

Fletcher also told an informant for the Los Angeles County Sheriff's Department in May 2016 that witnesses in Knight's case needed to be paid for their testimony, and subsequently told Knight that Cle "Bone" Sloan, who survived being struck by the truck, needed to be paid money for his testimony, according to the grand jury indictment that was handed up in January 2018.

Knight -- who was initially charged with murder for Terry Carter's Jan. 29, 2015, death -- pleaded no contest in October 2018 to voluntary manslaughter and admitted that he used a deadly weapon -- a truck -- during the commission of the crime in the parking lot of Tam's Burgers in the 1200 block of West Rosecrans Avenue.

Mark Blankenship, a one-time business partner of Knight, pleaded no contest in June 2019 to a felony conspiracy charge stemming from the sale of video footage of the crime and was immediately sentenced to five years probation.

Knight's fiancée, Toi-Lin Kelly, pleaded no contest in 2017 for conspiracy to violate a court order involving video evidence that was under seal, and she was subsequently sentenced to three yeas in jail for violating her probation by having indirect communication with Knight and helping him violate orders restricting his use of jailhouse phones.