Attack after LGBTQ+ event investigated as a hate crime

The men who were attacked said they felt the community was sending a message they weren't welcome.

PASADENA, Calif. - An attack on several men after an LGBTQ+ event in Pasadena is being investigated as a hate crime, officials said.

The men who were attacked said they had been planning the event at the iX Tapa Cantina located in the 110 block of Colorado Boulevard over the past six months.  The organizations said they did not encounter any problems leading up to the event, but after being attacked last week, they feel someone in the community is trying to send a message that they are not welcome.

The victims said as they were leaving the event on the night of March 24, a group of 6-8 men attacked them from behind in the parking lot. One of the victims said they initially thought they had been hit by a car.

The suspects apparently never said a word to the victims while they hit and punched them multiple times. The victims also recalled one of the suspects was armed with a gun. They were struck so severely, some required stitches after they were taken to a hospital. 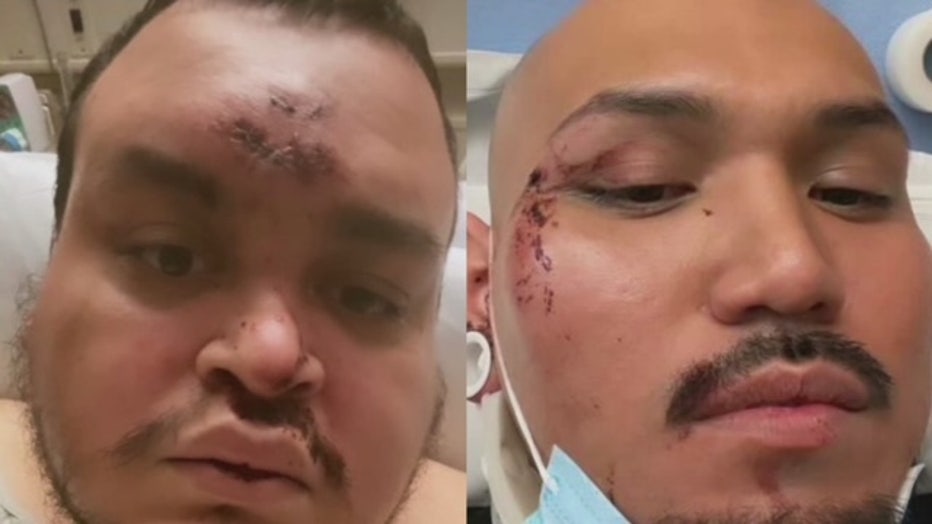 "The Pasadena Police Department recognizes the importance of protecting the safety and dignity of all of our community members and we stand in solidarity with those affected by the heinous attacks perpetrated last week. We are committed to ensuring the public’s safety and will be providing resources and referrals to services for those who were affected by this crime," the department said in a statement.

Anyone with information is asked to contact Pasadena PD.