Harry Sidhu was accused of allegedly feeding members Los Angeles Angels organization with information about the sale of Angel Stadium with the hopes of securing funds for his re-election campaign. He's denied the claims.

ANAHEIM, Calif. - Anaheim Mayor Harry Sidhu has resigned. The announcement comes just days after it was revealed that Sidhu is one of the subjects of an FBI corruption probe.

Last week, California Attorney General Rob Bonta asked an Orange County judge to put a hold on a deal to sell Angel Stadium, citing federal documents alleging that Sidhu was trying to leverage the deal to secure campaign contributions from the
Angels.

The city of Anaheim had planned to sell the stadium to Los Angeles Angels team own Arte Moreno's company and would use money from the sale to fund affordable housing throughout the city. Sidhu is accused in an FBI affidavit of providing members of the Angels organization with insider information about the sale during negotiations, with the hopes of in turn securing funds for his re-election campaign.

Last week, after the revelations of the corruption probe, the Anaheim City Council called for Sidhu to resign.

"The deeply troubling issues that have come to our attention involving Mayor Sidhu since May 16, 2022, raise serious concerns and questions about his ability to continue as mayor of Anaheim," members of the council said last week in a letter to Sidhu's lawyer. 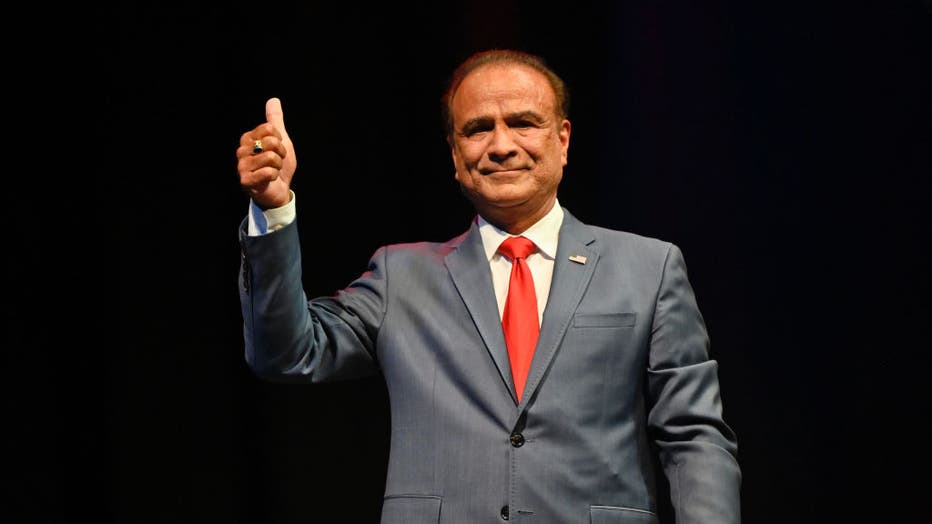 In addition to allegations surrounding his involvement in the Angel Stadium sale, Sidhu is also accused of using an Arizona address that was not his to avoid paying $15,887.50 in California sales tax on a helicopter he bought. The FBI agent said Sidhu apparently also allegedly avoided paying sales taxes of $1,025 in Arizona.

Sidhu's attorney Paul Meyer released a statement on the mayor's resignation and the allegations. It read in part:

"A fair and thorough investigation will prove that Mayor Harry Sidhu did not leak secret information in hopes of a later political campaign contribution. His unwavering goal from the start has been to keep the Angels in Anaheim, so that this vibrant social and economic relationship with the City would continue. Mayor Sidhu was appointed as a member of the City's negotiating group to help reach a mutually beneficial agreement between Anaheim and the Angels. A Superior Court judge ruled that the negotiating group did not violate the Brown Act. The negotiations followed accepted lawful practices and used in all major business negotiations. No closed session material, not secret information, was disclosed by Mayor Sidhu. Harry never asked for a political campaign contribution that was linked in any way to the negotiation process."

Sidhu's resignation will be effective on Tuesday, May 24.