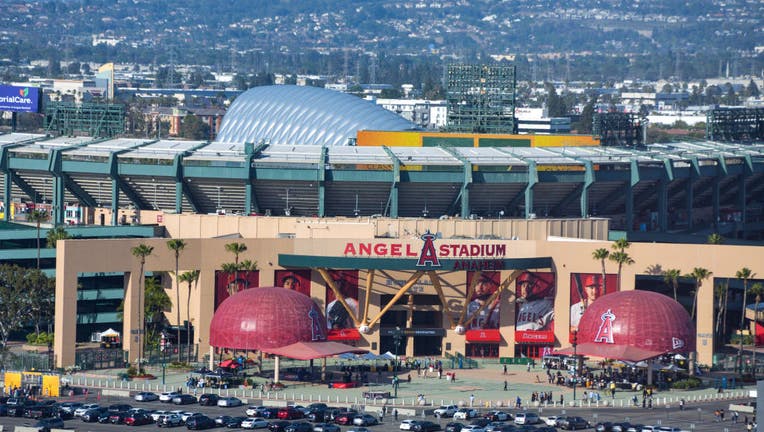 FULLERTON, Calif. - State officials Tuesday were asking an Orange County Superior Court judge to delay a settlement the state worked out with the city of Anaheim for the Angel Stadium redevelopment project, based on an ongoing FBI corruption probe of Mayor Harry Sidhu and others, including an Angels executive.

In an unusual move, the state attorney general filed the request in Orange County Superior Court with an affidavit for a search warrant filed by the FBI. The Attorney General's Office said it should postpone its own deal with the city after it became aware of the FBI corruption probe, which included two confidential informants with one wired to secretly record conversations with the mayor.

"We are seriously concerned about new information we have received about this deal and are asking the court to pause its consideration of the stipulated judgment in light of this information," a spokesperson for the Attorney General's Office said.

State officials were pursuing a violation of the Surplus Land Act, which requires promotion of affordable housing on unused or underutilized public land in the state. But Anaheim officials argued it had a lease agreement with the Angels and that it did not violate the Surplus Land Act in the deal with the baseball team.

The agreement resolved the issue with the city not having to concede any violation of the Surplus Land Act.

In the affidavit filed by FBI special agent Brian Adkins last week, Sidhu is accused of using an Arizona address that was not his so he could avoid paying $15,887.50 in California sales tax on a helicopter he bought. The FBI agent said Sidhu apparently also allegedly avoided paying sales taxes of $1,025 in Arizona.

The FBI also alleged in the affidavit for the search warrant for emails and cell phone records that Sidhu was illegally feeding insider information to Angels officials during the negotiations over the sale of the stadium property from the city to Angels owner Arte Moreno's company.

Sidhu used private emails and a cell phone to convey information and then delete it to conceal his actions, the affidavit alleges. The agent includes a transcript of some discussions the mayor allegedly had with a confidential informant, who agreed to cooperate with authorities.

In another meeting with the informant he allegedly said:

The mayor was also accused of "coaching" the confidential informant to mislead an Orange County grand jury investigation of the stadium deal.

The affidavit said one of the people allegedly involved in the negotiations is a nationally known political consultant.

The mayor is also accused of telling the confidential informant to write down all of the questions asked by the Orange County grand jury right after he met with them.