LONG BEACH, Calif. - From addict and incarceration to A-student and applying for his master’s degree! Joseph Valadez, at 62-years-old, is a proud graduate of Cal State Long Beach.

His theory... if he can do it, then anyone can!

In December of 2020 Valadez got his Bachelor's degree in Sociology.

He walks the campus after overcoming quite a past.

"I started going to juvenile hall at age of 11" he said. "I grew up running around with a gang at an early age." Valadez grew up in Orange County.

This university degree might never have happened. He'd joined the military having used drugs before, during, and after. After getting out of the military he was arrested for burglary and over time ended up in prison 40 times before entering the Salvation Army Anaheim Adult Rehabilitation Center’s residential program. 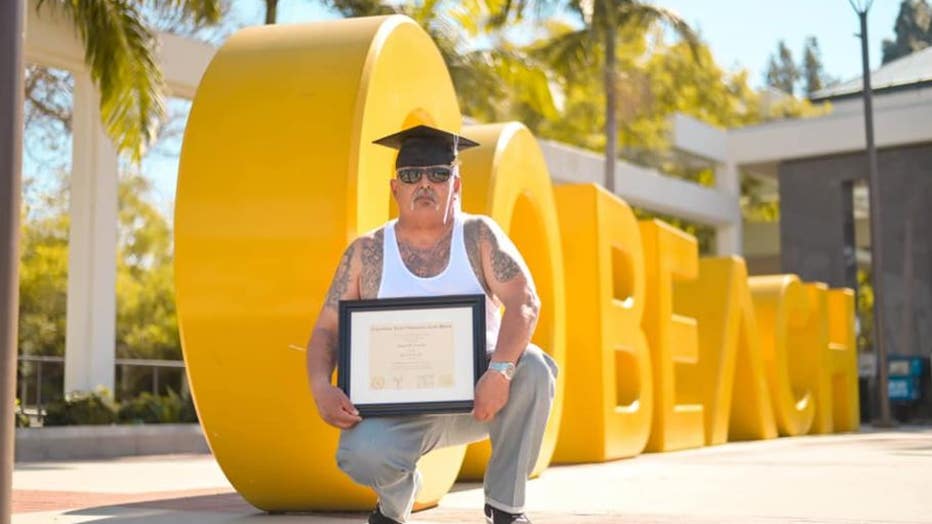 He got sober in 2013. He credits the Salvation Army among those helping him find a way up. With an honorable discharge he's been able to use his veteran’s benefits towards college.

As the pandemic hit all students hard with learning going on-line... Valadez too had to master the Zoom classroom. After graduating with a 3.67 GPA and a spot on the President’s Honor List he wants to now focus on helping at-risk youth.

He has now applied for his Master’s Degree and wants to continue his education. He says he "took" most of his life. Now it's time to "give."