ALTADENA, Calif. - Someone who bought a Powerball ticket in Southern California won a record $2.04 billion Powerball jackpot after more than three months without anyone hitting the top prize.

The winning numbers were selected Tuesday morning, nearly 10 hours after the scheduled Monday night drawing because of problems processing sales data at one of the game’s member lotteries.

That lucky ticket was purchased at Joe's Service Center in Altadena, an unincorporated community in the foothills northeast of Los Angeles.

The owner of the store, Joe Chahayed, is counting his lucky stars, too. For selling the winning ticket, Chahayed will receive a maximum Powerball bonus of $1 million.

"I would like to thank all the community (who) support me," he said. "And I would ... I encourage you to buy a ticket from this station. ... You're going to be a winner too," he said. 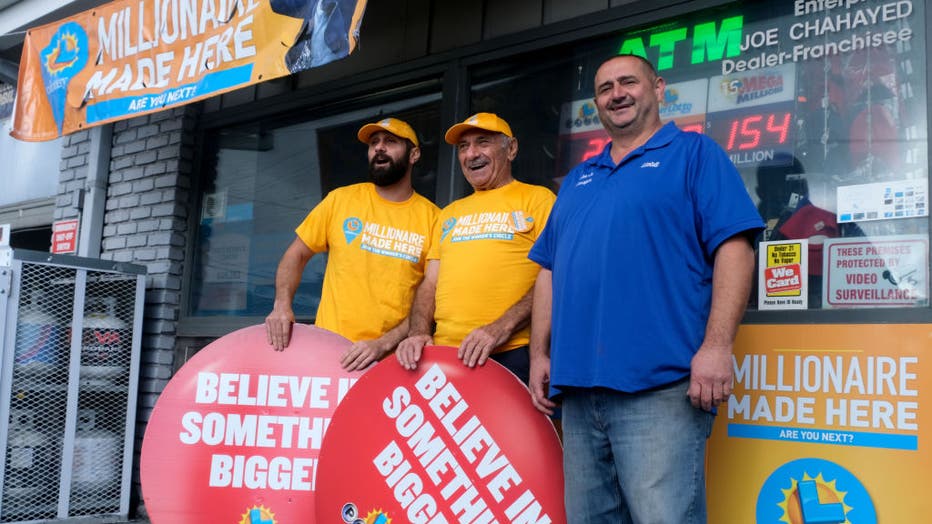 Joe Chahayed, center, is owner of Joes Service Center in Altadena that sold the $2.04 billion-winning Powerball ticket. His sons, Danny, left, and Joe Jr. are next to him on Tuesday, Nov. 8, 2022. (Photo by Dean Musgrove/Los Angeles Daily News via Ge

He added he was grateful that the community and schools will benefit from the lottery funds.

Chahayed said he would spend his $1 million on his five children and donate some to the community.

"I will share it with the family ... with my kids, my grandchildren," he said. "I have 11 grandchildren, and I have to share with them."

Chahayed came to America in 1980 with a wife, two kids, and $14,000 in his pocket. He learned English, went to school and worked two jobs, eventually opening Joe's Service Center, which has been up and running for the past 20 years.

"I love my customers."

Thomas Murrell said he had stopped at Joe’s Tuesday morning with the intention of buying gas and $200 worth of Powerball tickets, in case no one had won the giant jackpot.

"I know Joe. I’ve known him for years and talk to him all the time," Murrell said. "Joe’s always been a lucky guy. He’s a good guy. I’m not surprised it happened here."

Chahayed said he has no idea who the winner is, especially since he wishes every single person who buys a ticket "good luck."

He does have a strong feeling it's someone from the neighborhood, though.

His son, Danny, said his father deserves the bonus. 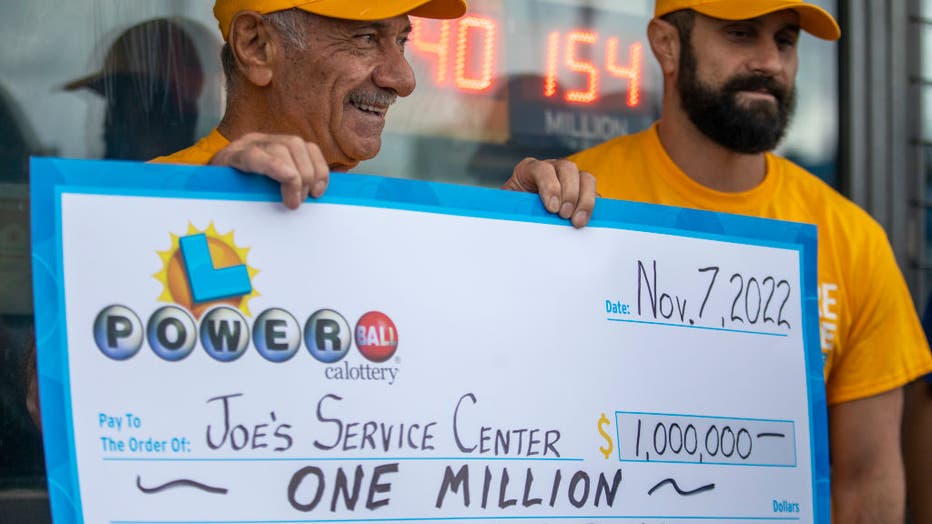 "There's no one else who deserves it more than this man," he said. "He's worked hard his whole life. He deserves every bit of it."

Chahayed's other son, Joe Jr., thanked the residents who have supported the business for 20 years.

"We want to just thank all of our community members who always come and are dedicated to this station," he said. "They truly believe in luck and they truly believe that some things are just deserved to be. Hopefully one of the winners is from our community. And congratulations and thank you to the lottery system for creating a program where the schools are going to benefit. A lot of people are going to benefit from this, so great program. Appreciate it so much."

Chahayed is also the father-in-law of former Cincinnati Bengals nose tackle Domata Peko, who was born in Los Angeles.

Someone in California just made history as the state lottery's first-ever billionaire after matching all five numbers plus the Powerball in Monday night's jackpot drawing that soared to a whopping $2.04 billion.

The local win marks the first time the California Lottery has doled out a jackpot topping $1 billion to a single winner.

City News Service and The Associated Press contributed to this report.