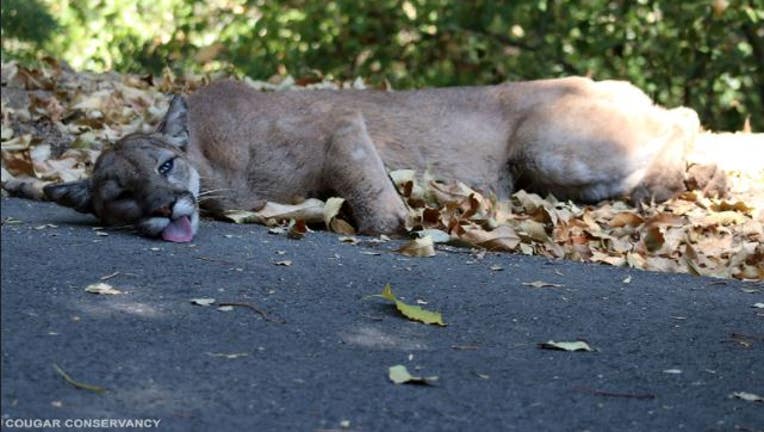 MONROVIA, Calif. - The first mountain lion to be rehabilitated and returned to the wild in Southern California has been found dead, the state Department of Fish and Wildlife said Friday.

The female cougar nicknamed Monrovia had been treated and released back into the wild in October 2020 after being injured in the Bobcat Fire, the state Department of Fish and Wildlife said.

The animal was found with burns to all four paw pads last September after the wildfire tore through the San Gabriel mountains northeast of Los Angeles. 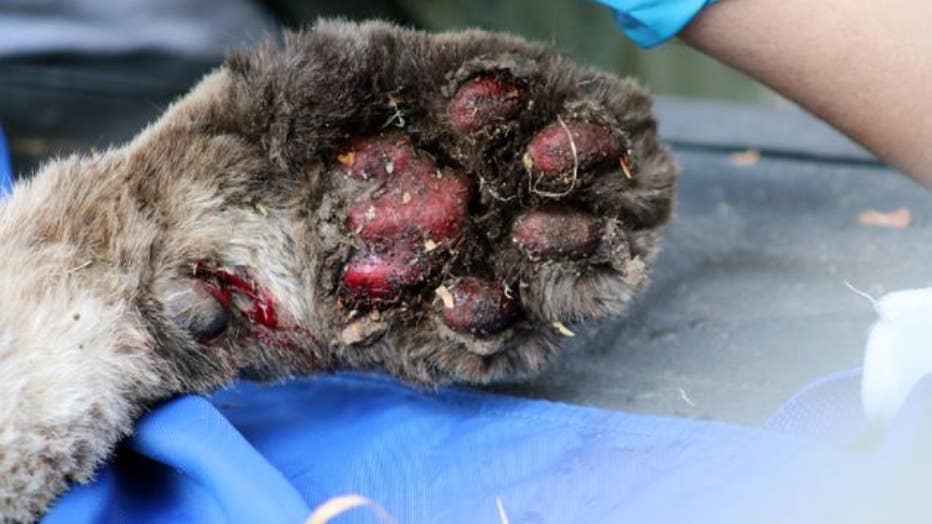 Data from a tracking collar indicated the mountain lion died around Aug. 15 in the mountains above the city of Monrovia, its namesake, officials said.

"Although a field necropsy was ultimately unable to determine the cause of her death, the data we received from her collar shows that she successfully lived within the urban-wildland interface for nearly a year without ever being involved in human-mountain lion contact. This further illustrates that mountain lions can and do live among the communities in San Gabriel foothills," the department said in a statement on Facebook.

During the 10 months after its release, the mountain lion claimed a territory of nearly 70 square miles, successfully hunted deer and appeared to be healthy in photos from trail cameras, the statement said.

At the time of its rescue, biologists estimated the mountain lion to be roughly 6 or 7 years old. In the wild, a lion can live up to 10 years.