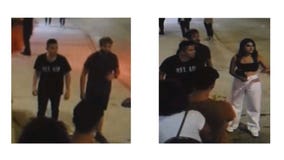 Authorities asked for the public's help Thursday morning in identifying a suspect accused of assaulting a man in Newport Beach. 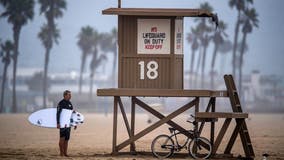 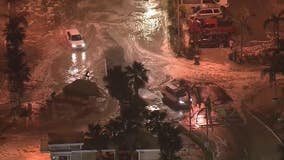 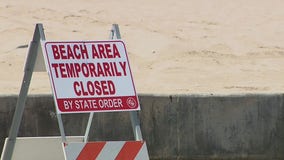 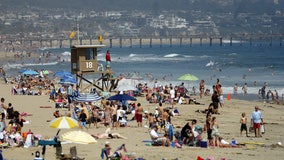 Newport Beach has announced its beaches will be closed on the 4th of July after two seasonal lifeguards tested positive for COVID-19. 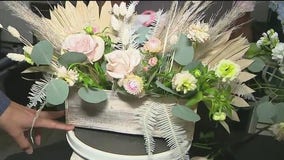 A Newport Beach floral shop is back open after being closed for months due to the pandemic and as many Orange County residents were forced to cancel or postpone their weddings and other special events. 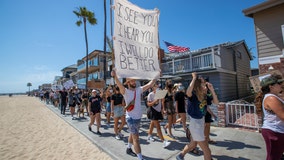 A 48-year-old man was arrested for allegedly waving a gun at a protester during an argument in Newport Beach. 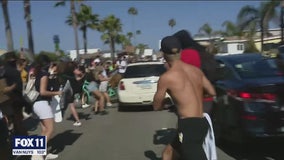 Peaceful protesters in Newport Beach had to flee from the scene Wednesday afternoon as a vehicle careened through the crowd. 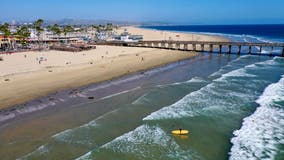 Newport Beach is the latest Orange County city to open its beaches with restrictions, it was announced Wednesday. 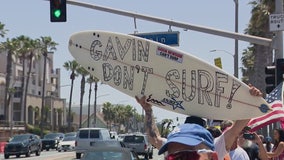 The rallies continued, even as cities in Orange County enforced the Governor’s orders to close county beaches for the weekend. 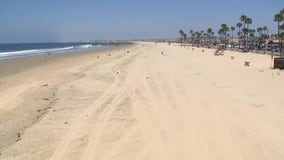 Orange County beaches will remain closed, at least for now, with a judge rejecting bids by Dana Point and Huntington Beach to have Gov. Gavin Newsom's temporary closure order lifted. 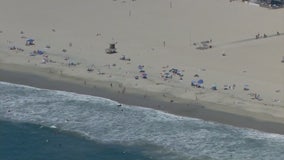 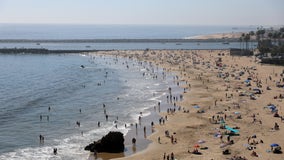 Overcrowding at some California beaches and parks has given local officials second thoughts about keeping them open next weekend at the risk of reversing progress made in slowing the spread of the coronavirus and causing a deadly surge of cases. 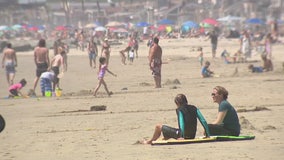 Newport Beach does not feel like it’s in the middle of a pandemic. Although some are following stay-at-home and social-distancing rules, thousands are at the beach without masks. 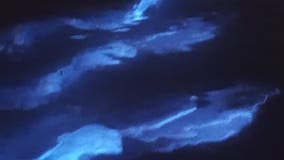 The Pacific Ocean is providing a spectacular living light show off Newport Beach these days. 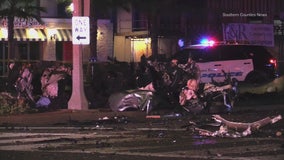 A man was killed and a woman was injured after the driver of a Mercedes-AMG led officers on a high-speed pursuit in Newport Beach that ended when the luxury vehicle crashed and erupted into flames early Tuesday morning. 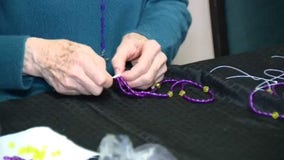 Parishioners at a church in Chino Hills are going the extra step to help people grieve over the death of NBA legend Kobe Bryant. 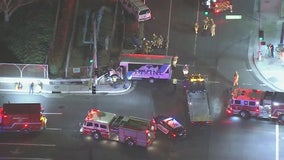 At least three people were injured Wednesday night when a UC Irvine student transport van collided with a vehicle in Newport Beach. 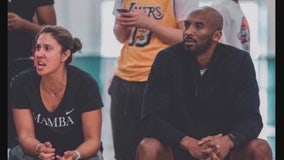 An Orange County restaurant honored a victim of the helicopter crash that killed Kobe Bryant and eight others nearly two weeks ago. 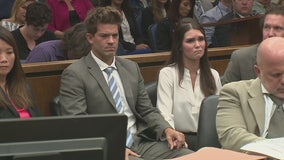 Orange County prosecutors are expected to dismiss charges Friday against a Newport Beach surgeon and his girlfriend, who were accused of drugging and sexually assaulting multiple women.