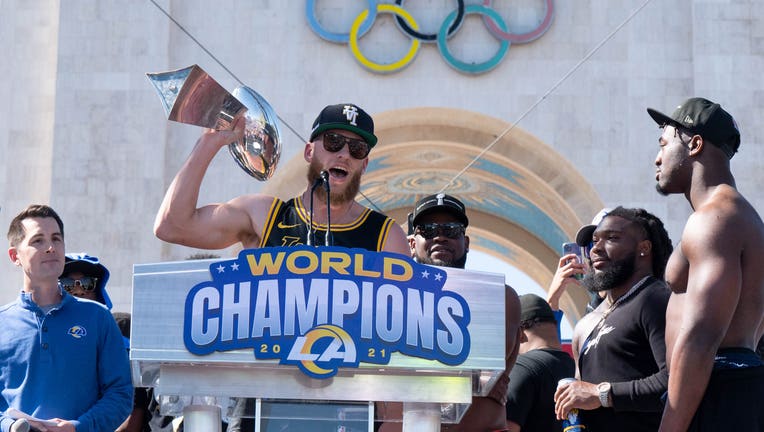 According to a report from ESPN's Adam Schefter, Kupp and the Los Angeles Rams have tentatively agreed on a 3-year, $80 million contract extension to stay with the team.

The tentative deal comes about less than two years after Kupp signed a 3-year, $47.25 million deal with the Rams before the start of the 2020 NFL season. Kupp, who turns 29 next week, has two years left on his current deal before the tentative extension kicks in.

Fresh off a Super Bowl victory and being named Super Bowl LVI MVP, the upcoming 2022 NFL season will mark Kupp's sixth season in the NFL, all with the Los Angeles Rams. Kupp is hoping to build off a monster 2021 campaign, where he hauled in 145 catches for 1,947 receiving yards and 16 touchdowns – all leading the league – in the regular season.