Van Jefferson and his wife have picked the perfect name for their son that was born on Super Bowl Sunday – "Champ."

LOS ANGELES - Los Angeles Rams wide receiver Van Jefferson and his wife, Samaria, revealed the name of their son who was born on Super Bowl Sunday.

In honor of the Rams' big win, the Jefferson family decided to name their son "Champ." 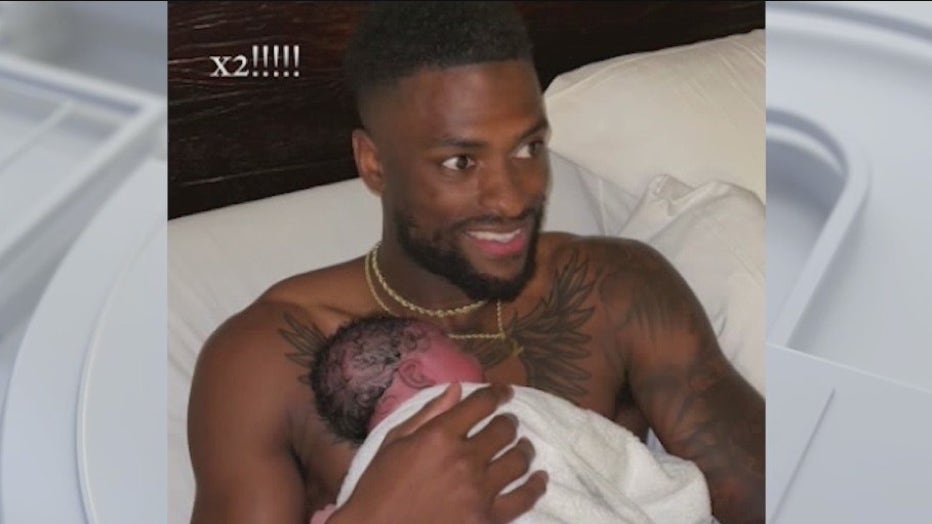 Samaria went into labor in the middle of the game and was rushed to the hospital as the Rams were fighting for the Vince Lombardi Trophy against the Cincinnati Bengals on their home turf at SoFi Stadium in Inglewood.

Following the Rams' 23-20 Super Bowl victory, the 25-year-old wide receiver reportedly grabbed his daughter as she and Van Jefferson's father, Sean Jefferson, came into the field and then rushed out of SoFi Stadium to head to the hospital, according to The Athletic's Jourdan Rodrigue.

The wide receiver reportedly had to watch the delivery over FaceTime because, in true Los Angeles fashion, he got stuck in heavy traffic on the way to the hospital.

The couple, who have been together since high school, says the name "Wynn" was also an option.