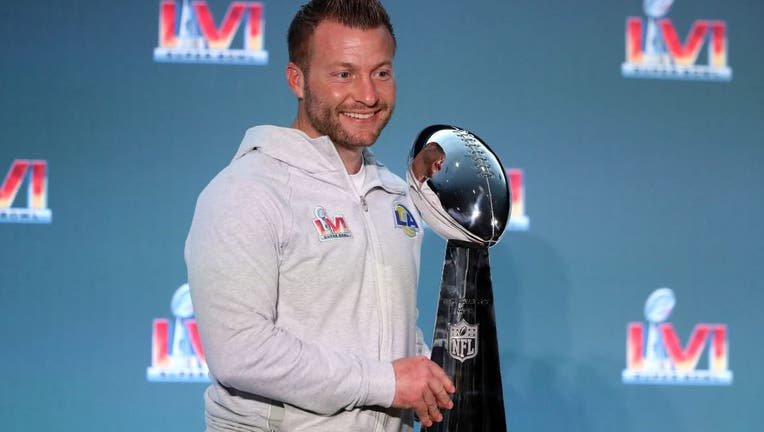 Fresh off a Super Bowl title, head coach Sean McVay is reportedly staying in Los Angeles to coach the Rams for at least another season. According to a report from ESPN's Adam Schefter, McVay told the station he will not pursue any television opportunities and instead stay with the Rams.

Minutes after Schefter's report, the Rams sent a cryptic tweet with the .gif file of the iconic scene in The Wolf of Wall Street when Leonardo DiCaprio's character delivered an "I'm not leaving!" speech in the movie.

Friday's development comes as McVay was at the center of multiple rumors regarding the Super Bowl-winning coach possibly leaving the Rams. Prior to the Rams' victory over the Cincinnati Bengals in Super Bowl LVI, McVay had hinted to the media that his desire to have a family may impact his future in coaching.

"I love this so much that it's such a passion but I also know that what I've seen from some of my closest friends, whether it's coaches or even some of our players, I'm gonna be married this summer, I want to have a family and I think being able to find that balance but also be able to give the time necessary," he said, via ESPN. "I have always had a dream about being able to be a father and I can't predict the future, you know? I jokingly say that."

Prior to Friday's report, McVay did appear enthusiastic about "running it back" with the Rams. He urged star defensive lineman Aaron Donald during the team's parade/rally last week to stay with the team to possibly repeat as Super Bowl champions.

McVay's current deal with the Rams runs through the 2023 NFL season.