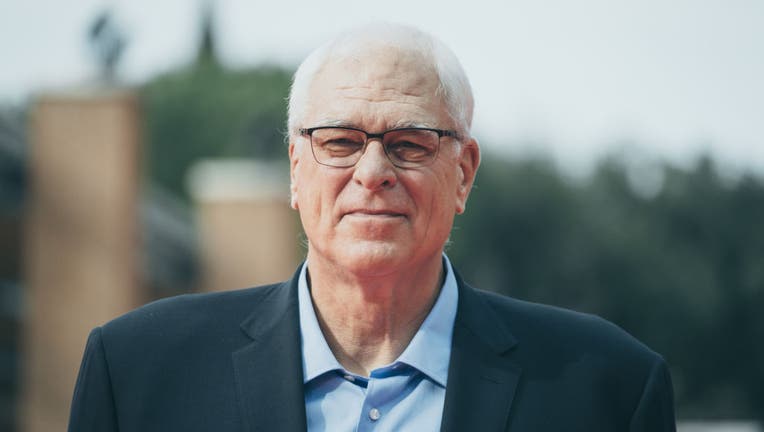 LOS ANGELES - The Los Angeles Lakers have had seven different coaches since Phil Jackson and the legendary coach will reportedly have significant input as the franchise looks to fill its head coaching position.

Jackson is one of the most successful coaches in NBA history, having won six championships with Michael Jordan and the Chicago Bulls and five with Kobe Bryant and the Lakers. His reign includes two sets of title three-peats.

He is highly respected as a coach, but not as much as an NBA executive.

"If they were looking for a new general manager or a new president of basketball operations, I would call the Los Angeles Lakers franchise the biggest idiots on the planet because Phil Jackson should never be allowed to be an executive again," ESPN’s Stephen A. Smith said on "First Take" Wednesday. "I’m still so salty about the job he did in New York, I prefer that he be banned from New York. I don’t think he should be allowed in the state."

Toward the end of the season, Jackson was seen in luxury suites at the Crypto.com Arena as he reportedly provided insight on how the team should best utilize Russell Westbrook.

Jackson's reported role is also questionable considering the relationship between him and LeBron James is soured.

"There is still no love lost [between Jackson and LeBron James]," Skip Bayless said on "Undisputed."

"It felt like James was driving the bus behind the Russell Westbrook debacle. It feels like Jeanie [Buss] is angry about that to the point that she has brought her former lover back into the fold. Phil was at games in luxury boxes. I think they were sending a message to LeBron on down that Phil’s back in the mix here."

Last month, the Lakers fired Frank Vogel after their disappointing season, finishing in 11th place in the Western Conference and failing to qualify for playoff contention. Throughout the season, the Lakers front office wanted answers for its underwhelming season, despite having superstars Westbrook, James, and Anthony Davis on its roster.

The season prior, the Lakers were eliminated in the first round of playoffs by the Phoenix Suns as Davis struggled with a groin injury throughout the series.

Despite being Hollywood’s preferred NBA team, it has not been all glitz and glamour for the Men in Purple in Gold in recent years.

Since Jackson left, the Lakers have only been to the postseason three times. However, in 2020, Vogel led the Lakers to its first NBA championship in a decade.