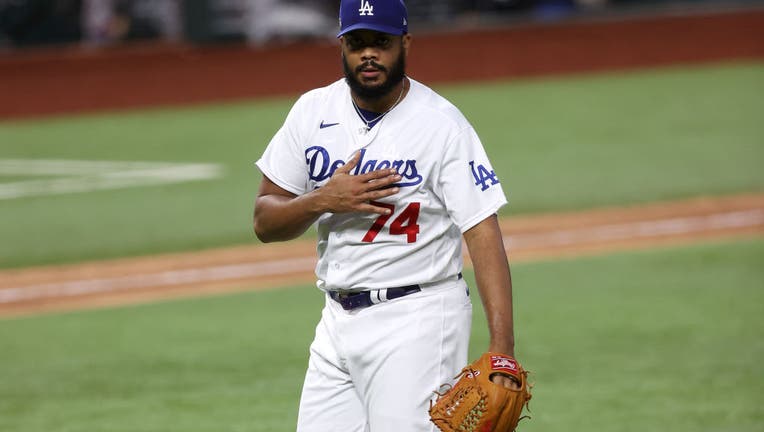 ARLINGTON, TEXAS - OCTOBER 17: Kenley Jansen #74 of the Los Angeles Dodgers reacts after closing out the teams 3-1 win against the Atlanta Braves in Game Six of the National League Championship Series at Globe Life Field (Photo by Tom Pennington/Gett

ARLINGTON, Texas - The Atlanta Braves and Los Angeles Dodgers are set for just the second Game 7 in the NL Championship Series in 15 seasons.

L.A. forced the deciding game with a second straight victory, 3-1. Ian Anderson will start for Atlanta against Tony Gonsolin in a matchup of rookies.

This is the first time both league championship series have gone the distance since 2004.