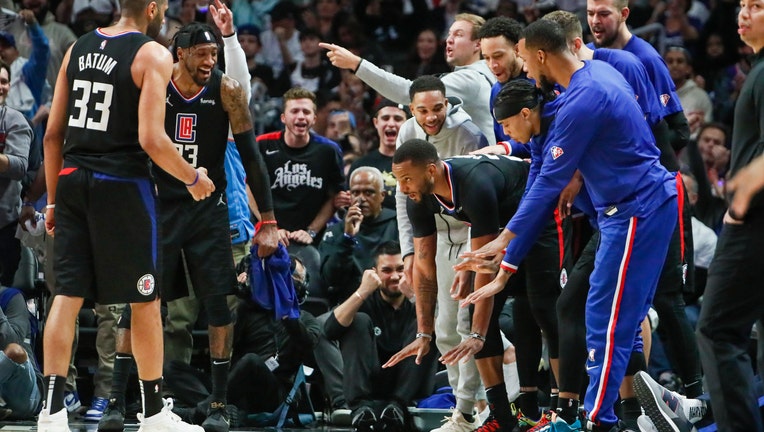 The Los Angeles Clippers don't have much to work with in the 2022 NBA Draft, but they did have one pick for Thursday night.

The Clippers did not have a first-round pick this year following the Paul George trade that Los Angeles and the Oklahoma City Thunder agreed on during the 2019 offseason. The blockbuster trade helped the Clippers land George in exchange for Shai Gilgeous-Alexander, Danilo Gallinari, first-round picks for 2022, 2024, 2026 and picks the Clippers previously had from the Miami Heat (1st rounds, 2021 and 2023) and the right to swap first-round picks in 2023 and 2025.

After making the Western Conference finals the previous season, injuries doomed the Clippers in the 2021-2022 season as Kawhi Leonard missed the entire season due to a knee injury and George suffered a torn ligament to his right elbow, forcing him to miss about three months during the regular season. To make matters worse, George was forced to miss the team's must-win play-in game against the New Orleans Pelicans due to NBA's COVID protocols, a game that ended in a Clippers loss and an end to the team's 2021-2022 season.

What we know about Moussa Diabate

With the duo expected to make healthy returns in the 2022-2023 season, Clipper Nation is expecting a renewed run for the NBA title. In addition to Leonard and George, the Clips will be bringing back Marcus Morris, Norman Powell, Robert Covington, Luke Kennard, Reggie Jackson, Terance Mann, Brandon Boston Jr. and Jason Preston for the upcoming season – barring any major trades.