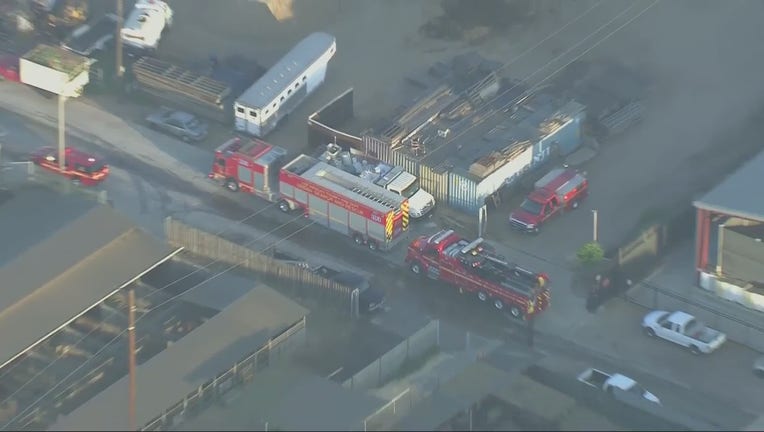 LOS ANGELES - A private contractor suffered severe burn injuries and is fighting for his life after he was electrocuted while working in the Valley Glen neighborhood on Friday morning, officials said.

Emergency crews were called to the 13000 block of Vanowen Street just before 10:45 a.m. He was immediately rushed to a local hospital.

His condition is currently unknown, but the Los Angeles Fire Department said he was in "at least critical, possible grave," condition.

CAL OSHA has been notified of the work-place injury.