Woman returns to LA after rescuing family from Ukraine

A woman is back in Southern California after an incredible rescue mission of her family in Ukraine.

A Ukrainian fundraiser was held at The Abbey in West Hollywood Thursday night to help get supplies donated from Southern California to Ukraine.

Many of those donations are stacked in a warehouse in Glendale. There are mountains to medical supplies, baby goods, clothing, food, things people in Ukraine need, but they can’t afford to ship it all.

They’re sending it in small shipments. That’s why the fundraiser at the Abbey meant to move these goods out of the warehouse.

One woman at the event just got back to Los Angeles last night after a rescue mission.

Marietta Volynskaya says she was exhausted as she fled Ukraine with eight family members, including her grandmother who didn’t want to go. 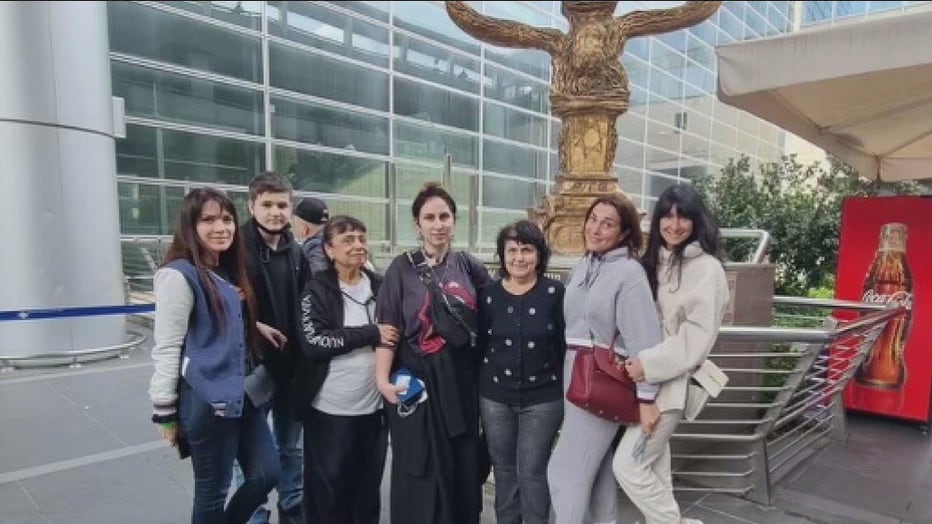 She passed trucks after trucks bringing much-needed goods into Ukraine on a safe road protected by Ukrainian soldiers but to her, nothing was safe. Everything was frightening

"I have anxiety attacks and panic attacks," Volynskaya said of her experience.

Volynskaya was born in Ukraine, grew up in the US and went back to Ukraine three years ago to help with a family fabric business.

Just before the war broke out, the 30-year-old left the country again to evacuate her family. 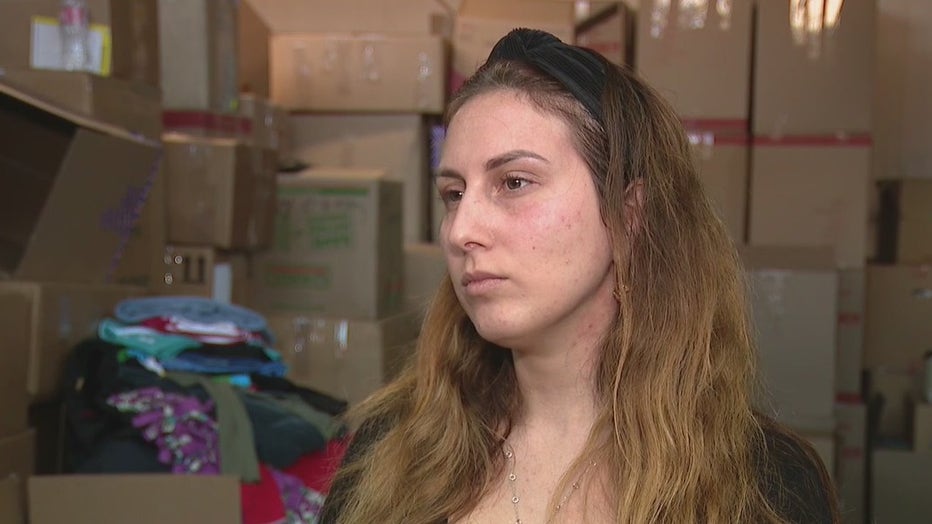 "I flew. I drove through Ukraine," she said. "And brought them to Slovakia. Then she traveled to Vienna where she and the family flew to Israel."

She says even though they’re all safe, she can’t sleep.

"Anyone who was in Ukraine can’t sleep. It is devastating," Volynskaya said.

What keeps her awake is all the violence and destruction she sees on TV news.

"It haunts you because you understand there are people that died being around that place but also we all want to come back," she said.

However, going back means returning to a place that’s very different from the one fleeing Ukrainians left to get out of harm's way.