LONG BEACH, Calif. (FOX 11/CNS) - The possibility of another tuition increase will loom over the two-day California State University Board of Trustees meeting beginning Tuesday, although the board is not expected to actually vote on a possible hike.

The board is scheduled to discuss tuition Tuesday afternoon as part of a presentation to the board's Finance Committee on the governor's budget proposal.

CSU Chancellor Timothy White said the board ``will have a frank discussion about the proposed level of funding in the 2018-19 state budget and the needs of the university.''

"The budget process is just getting under way, and this conversation will extend beyond our upcoming board meeting and engage many constituents and partners over the coming days and months,'' White said. ``As such, the CSU Trustees will not be asked to raise tuition, if it becomes necessary, until at least May. This will allow all to gain a deeper understanding of the state's
financial outlook, make our case to policymakers and recognize the efforts undertaken to streamline operations across the university.''

According to a staff report to the board, the governor proposed a $92.1 million increase in funding to the CSU system, $10 million less than was anticipated last year. That leaves a $171 million gap between the amount the CSU requested and what the governor actually offered.

The report notes that university officials will be working with the state to call for additional funding, but they will also consider a possible tuition increase and reductions in programs and services, although such moves ``are not desirable strategies.''

"However, it may be necessary to make use of these strategies to balance the CSU budget plan and to ensure that gains in student success and student access, realized since the end of the Great Recession, do not stall or diminish,'' according to the report.

The possible tuition increase, outlined in a proposal sent in November to the California State Student Association, would raise resident tuition by $228, taking it from $5742 to $5970. Non-resident tuition would rise by a similar amount. The hikes would generate roughly $69.8 million in 2018-19, according to the CSU staff report.

When he released his budget proposal, Gov. Jerry Brown said the CSU and University of California systems will have to find a way to operate with the funding he is offering and ``live within their means.''

The UC Board of Regents last week postponed a decision on a possible tuition hike.

Lillian Taiz, political action and legislation chair for the California Faculty Association, said CSU officials need to provide specifics on how they will pressure state officials for increased funding instead of quickly falling back on a tuition increase.

"As we have seen so many times before, rather than push back, the (CSU) administration offers ways to `adjust' to the governor's proposal, which always means that students pay more and get less and thousands of others get nothing because they are turned away,'' Taiz said. 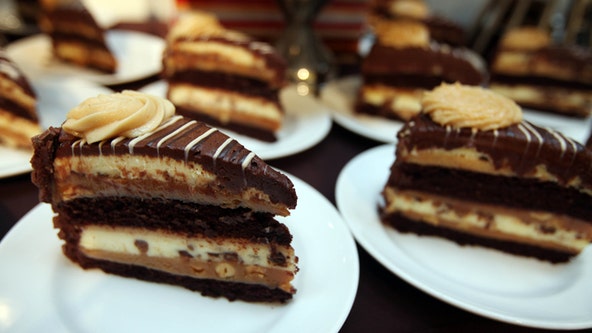