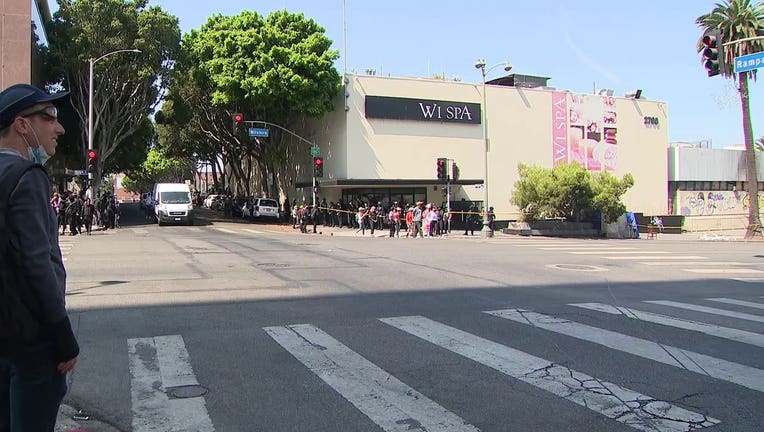 LOS ANGELES - A registered sex offender is facing felony charges after he was accused of indecent exposure at a Westlake spa.

According to the Los Angeles Police Department, five people came forward to report allegations of indecent exposure taking place at the Wi Spa on Wilshire Boulevard.

Following an investigation, it was revealed that the indecent exposure suspect – 52-year-old Darren Merager – had been a registered sex offender since 2006. Meager was accused of indecent exposure incidents from 2002 and 2003, LAPD said.

Wi Spa made headlines earlier in the summer after a woman was upset that a person who identified as female, but had male organs, was allowed to disrobe in the women's section of the business. The viral incident sparked demonstrations over transgender rights outside of Wi Spa.