What happened to the steer who ran loose on the 210 freeway?

Viewers were glued to their screens when a steer ran loose on the 210 freeway Wednesday. We wanted to find out what happened to the steer - and if only this young steer could talk!

LAKE VIEW TERRACE - Viewers were glued to their screens when a steer ran loose on the 210 freeway Wednesday.

We wanted to find out what happened to the steer - and if only this young steer could talk!

What tales he might tell about his adventure on the 210 freeway.

His escape from the truck transporting him and his brethren to a Northern California feedlot led to a rodeo roundup - first with horsepower and a horse without power.

Impromptu wranglers briefly corralled him in a parking lot, but the brazen bovine kept his freedom and escaped capture multiple times.

Eventually, an ad hoc group from the neighborhood along with LA Animal Services roped and wrangled him, and now he's safe and solo in a stable.

"As much as I wanted to catch the steer you also have a much as for oneself," said Danny Ortega.

Danny and his brother Rafael own a feed store and a home not far from where the steer wound up. 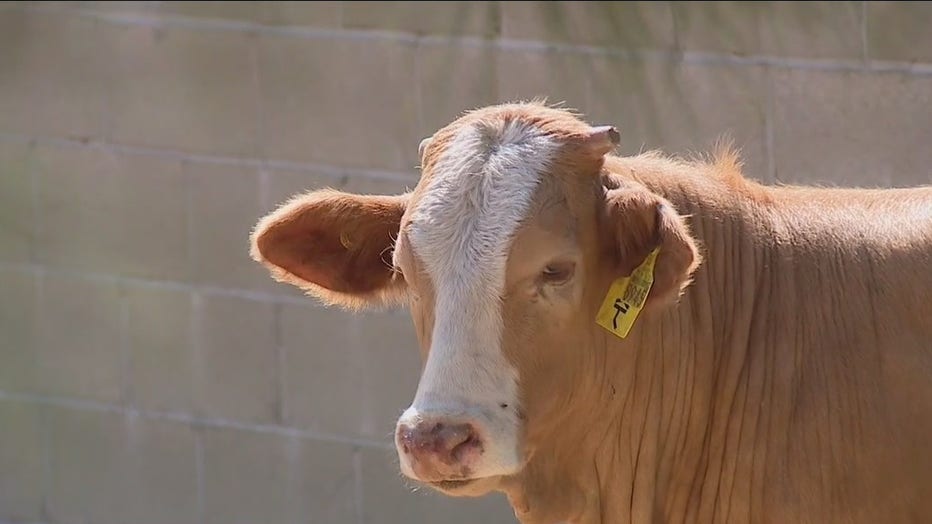 They joined the chase, and now they own the steer.

Once the animal was safe, he asked the truck driver if he could buy him.

Better to sell than try to get the big boy back into the transport!

The Ortegas' promise the steer will not wind up as the main dish at a steakhouse.

Eventually, he'll move from this property two doors down to commune with Betsy the cow, another animal the Ortegas rescued.

Soon, Betsy, Whiskey, and Pancho will be joined by the wayward steer.

"I think Buck would be a great name for him."