LOS ANGELES - Family and friends said they should have been celebrating Eric Briceno’s 40th birthday...instead, they remembered his life - and demanded justice in his death.

On March 16th, she and her husband Juan called 911 to get help with their adult son, who had left their home during a mental health crisis. He returned and fell asleep in his room a few hours later.

“By then they came back and they asked me if he was home and I said yes, and I said let me call him out. And they said no - we want to go in,” Blanca said, adding that the five deputies pushed past her and went into Eric’s room. She said that they forcefully woke him up, and that he was startled when he got out of bed. 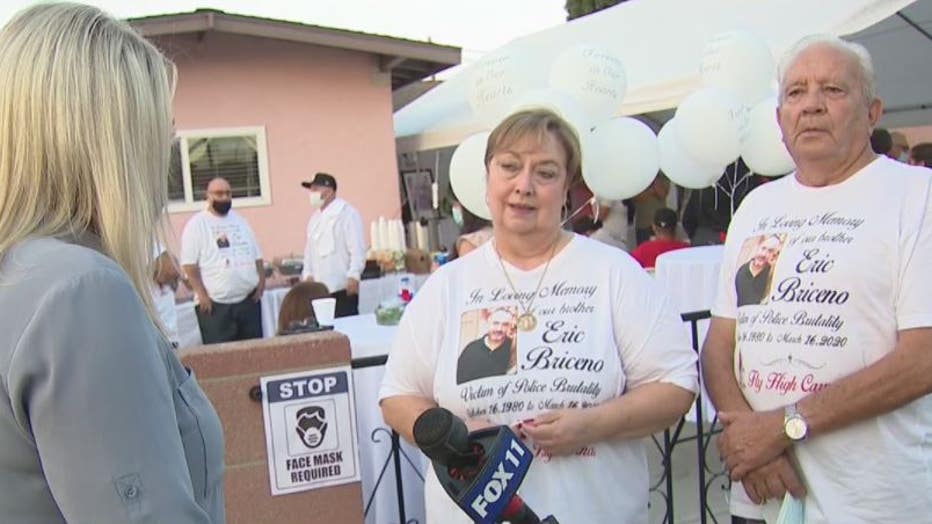 She said a female deputy escorted her out of her son’s room, but both women ran back when they heard a commotion.

”I saw him facing down on the floor - and they were all beating him up - on top of him. I kept screaming - why are you hitting him - he’s already down - he can’t do anything! He was there, full of blood, and they were still hitting him on his head. I saw the female officer kneeling on his neck. He wasn’t even breathing anymore. And I kept saying - he’s not alive anymore - he’s dead, just don’t hit him anymore!”

In the chaotic minutes that followed, Bianca and Juan said they were handcuffed and taken to the Sheriff’s Station for questioning. They didn’t learn that their son hadn’t made it to the hospital until 7 hours later.

According to the family, an autopsy determined that Eric died of cardiopulmonary arrest due to ”neck compression and restraint with a Taser.”

“There are somewhere near 12 blisters on his back where tasers were used in a way that was - it just totally unnecessary. The amount of injury to all of his body is just overwhelming - it’s just tragic. Scalp injuries, all over the throat, internal brusing - just an extensive beating because by the time they took him out of his room, he was unconscious, not breathing, no respiration, no heartbeat,” said R. Samuel Paz, an attorney for Brinceno family. He and his wife came out of retirement specifically to take the case.

“It’s especially important for us because we’ve done a lot of work trying to help mentally ill people who get involved with the police and we’ve done many cases involving that same dynamic,” he said

“It was a homicide. The medical examiner left no doubts.” 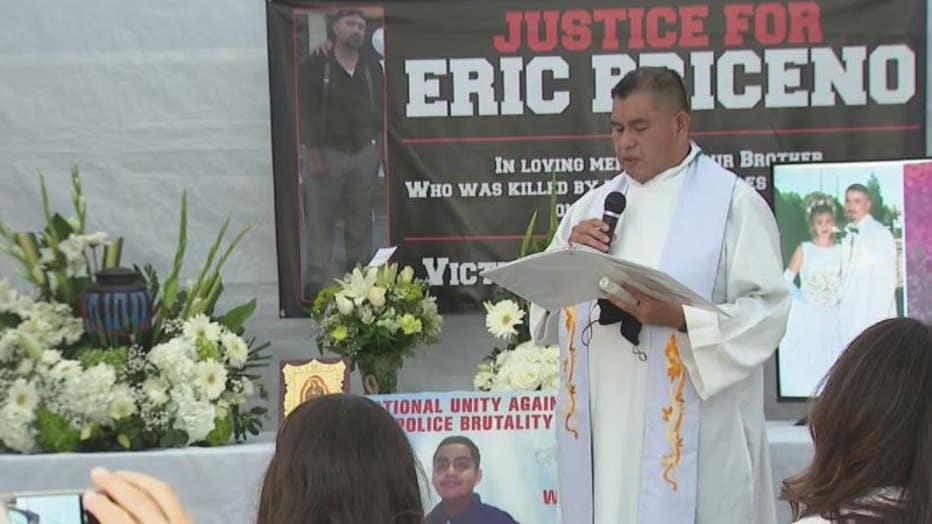 Dozens of people met at the Brinceno home to celebrate Eric’s life and march through the streets of Maywood to protest law enforcement brutality. The family wants the deputies involved to face charges and for a full investigation to take place.

The LA County Sheriff’s Department responded to a request from FOX 11 with the following quote:

“This is an ongoing criminal investigation that will be reviewed by the District Attorney’s Office, Justice System Integrity Division, and they will render an opinion regarding the legality of the incident.  In addition, we cannot provide further comment due to pending litigation.”