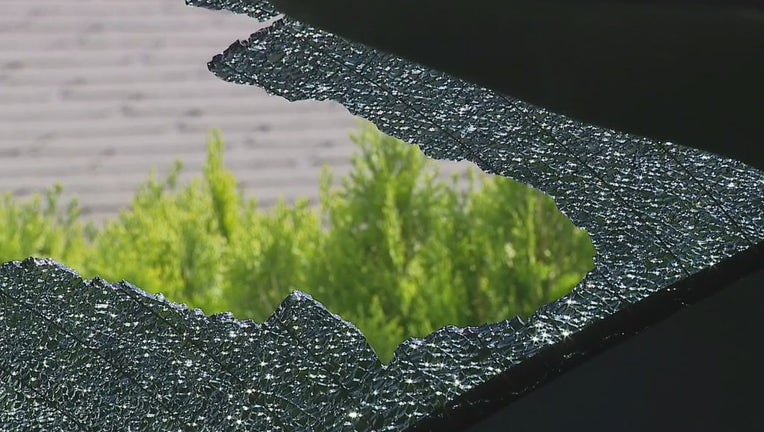 RIVERSIDE, Calif. - Authorities are once again investigating yet another round of shootings on the 91 Freeway in Corona and Riverside.

Car windows shot out on 91 Freeway in Corona, Riverside

California Highway Patrol responded to a call in the eastbound lanes of the 91 Freeway near Lincoln Avenue a little before 6 p.m. Tuesday. The shooting left a white van's middle driver's side window shattered.

Officers then responded to a second call around 7 p.m., also in the eastbound lanes of the 91 Freeway. This particular shooting call came closer to Tyler Street, about a 10-minute drive from the previous incident. The incident left a red Jeep Wrangler's driver's side, the third-row window shattered.

No one was hurt in either shooting, CHP said. The weapons described for both shootings were described as pellet/BB guns, CHP said.

Tuesday's incidents come less than a day after CHP was in the middle of investigating back-to-back-to-back shootings involving pellet/BB guns on the 91 Freeway.

Below is a map of the 91 Freeway shootings that took place prior to Tuesday's incidents: 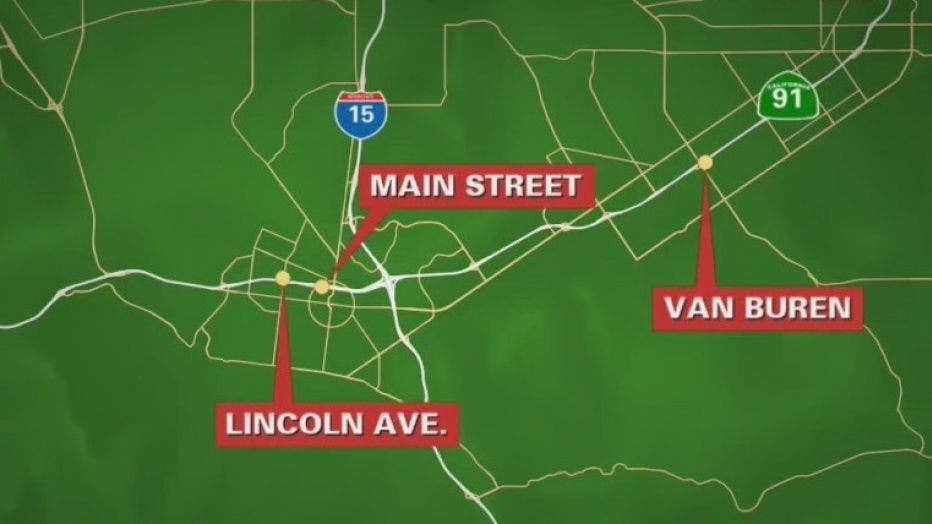 As of Tuesday night, a suspect has not yet been identified. Anyone with information on the recent incidents on the 91 Freeway is asked to call 951-637-8000.