RIVERSIDE, Calif. - Authorities are searching for the suspect who opened fire at multiple locations on the 91 Freeway in Riverside.

It began after 10 p.m. Sunday when a driver in the eastbound lanes of the 91 Freeway between Van Buren Boulevard and Adams Street reported both sides of his windshields shattered by what CHP believes may have been a pellet. By 5 a.m. Monday, back-to-back-to-back incidents were all being reported to 911, all in the same area.

Another incident was reported near Corona, off South Main Street and the 91 Freeway. 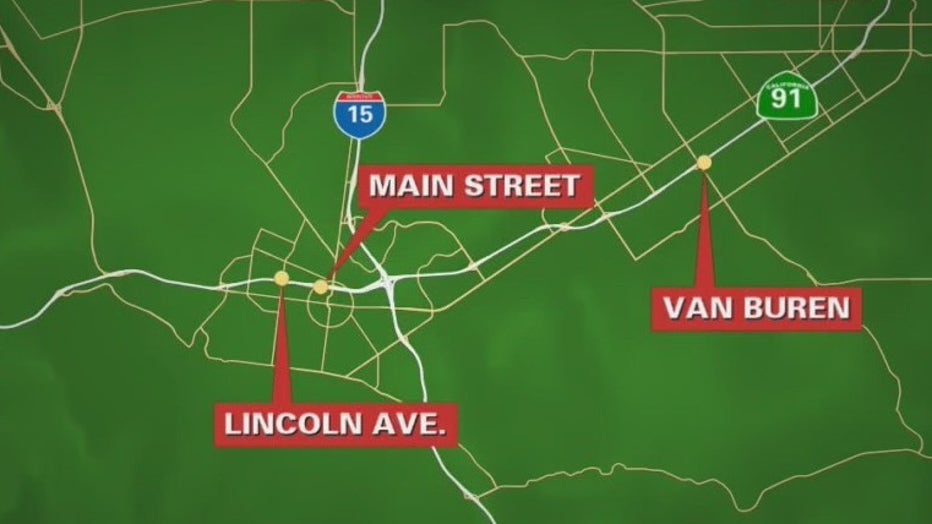 In at least three of the incidents, officials with CHP tell FOX 11 they are looking into the possibility of a moving vehicle being the suspect vehicle, since the victim vehicles were hit almost simultaneously on the passenger and the driver side, with one driving on the fast lane and the other on the slower-traveling lanes.

With that being said, the shooter may have been traveling in the middle lanes.

That is what happened in Orange County back in late April. At least two vehicles were hit by pellets, on the passenger and the driver side.

Reports coming in from Long Beach and other Los Angeles County areas are also being investigated, but again, no word from CHP that the incidents are all related, just that they may be.

Thankfully no one was hurt in the shootings, and investigators are hoping it stays that way.