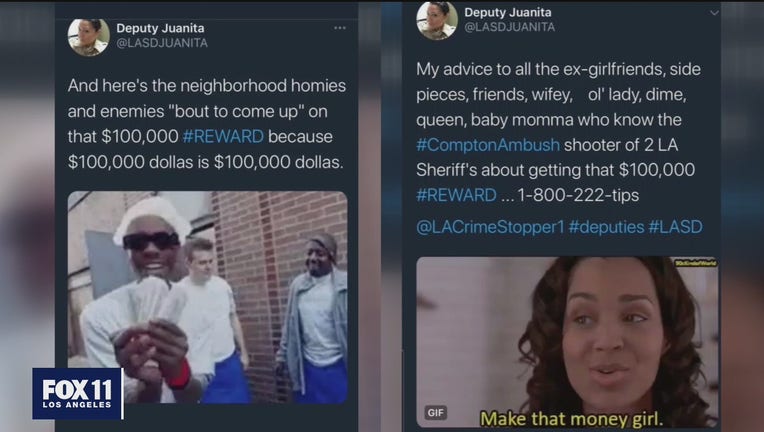 LOS ANGELES - The reward for information leading to the arrest and conviction of the suspect who fired onto two LA County sheriff’s deputies is now up to $300,000 after several anonymous donors came forward.

Meanwhile, a controversial tweet connected to that shooting has a member of the department in hot water tonight.

“It perpetuates hate, bigotry. I would say she has no place in law enforcement,” said Michelle Chambers Compton City Councilwoman.

Chambers is talking about these posts on social media made by Deputy Juanita Navarro, a public information officer with the Los Angeles County Sheriff’s Department.

The tweets are in reference to the reward being offered in the shooting of two deputies over the weekend.

“I’m disappointed, I think everybody else is,” stated Sheriff Alex Villanueva.

He says Navarro should have known better.
“We have to hold ourselves to a higher standard and be accountable and at the same time we can’t forget that people are human, people come from different walks of life perhaps where she grew up in the environment the way that she expressed herself is more common,” Villanueva added. 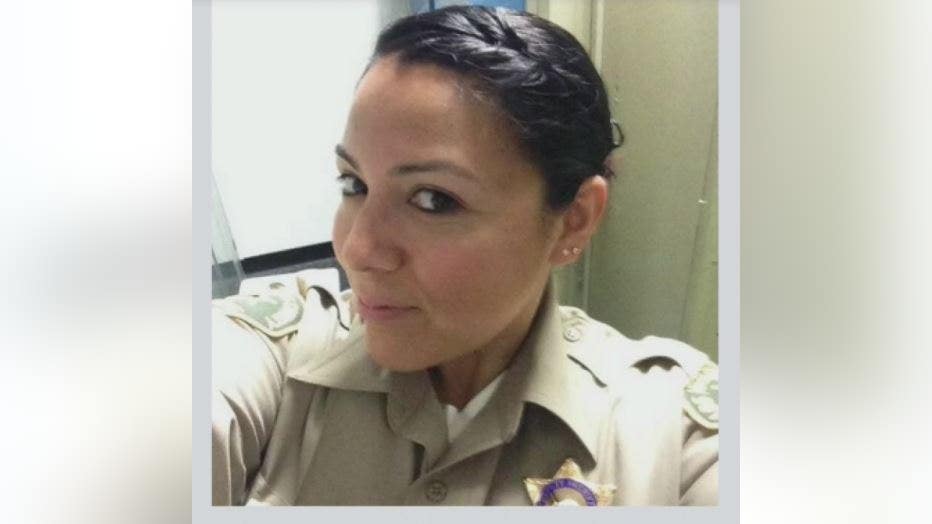 Navarro declined to comment but the department has taken action as she has been removed as a public information officer.

California State University, San Bernardino professor Brian Levin says this is a teachable moment. And people in public positions need to be very careful with anything they post.

“A public relations professional should avoid any invocation of offensive stereotypes that are based on race, religion, sexual orientation and other identity characteristics particularly when there is tension in the community that they are serving,” Levin said.