LOS ANGELES - Trevor Bauer’s administrative leave was extended by seven days through July 15 by Major League Baseball and the players’ association on Thursday while the sport’s investigators check into allegations of sexual misconduct against the Los Angeles Dodgers pitcher.

Bauer was placed on seven days’ paid leave on July 2 under the joint domestic violence, sexual assault and child abuse policy adopted by MLB and the players’ union in 2015. The paid leave has been repeatedly extended for players in the past while investigations proceed.

Police in Pasadena, California, and MLB are investigating the allegations made against Bauer by a Southern California woman who says the pitcher choked and punched her during two sexual encounters earlier this year. The woman obtained a protection order against Bauer last month under the Domestic Violence Prevention Act. 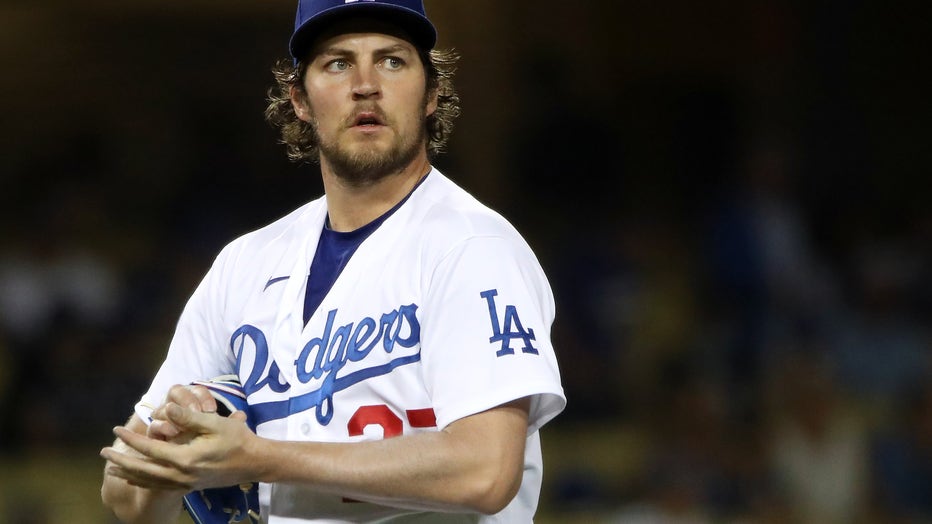 Trevor Bauer #27 of the Los Angeles Dodgers looks on after giving up a hit to Joey Gallo #13 of the Texas Rangers during the fifth inning at Dodger Stadium on June 12, 2021 in Los Angeles, California. (Photo by Katelyn Mulcahy/Getty Images)

Bauer’s co-agent has claimed his client’s interactions with the woman were wholly consensual. A hearing related to the protection order is scheduled for July 23.

Bauer agreed to a $102 million, three-year contract to join his hometown Dodgers earlier this year after winning his first Cy Young with the Cincinnati Reds last season. Bauer is 8-5 with a 2.59 ERA in 17 starts this season.