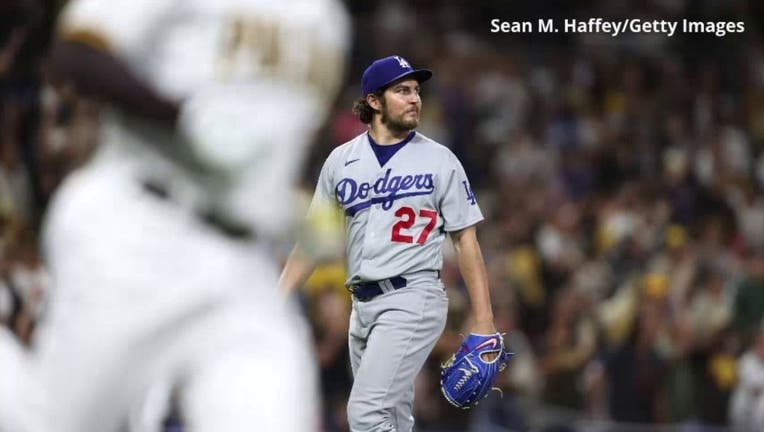 LOS ANGELES - Los Angeles Dodgers pitcher Trevor Bauer has been placed on a seven-day administrative leave by Major League Baseball, it was announced Friday.  Bauer was scheduled to start against the Washington Nationals on Sunday for the Fourth of July holiday game in America’s Capital.

"MLB’s investigation into the allegations made against Trevor Bauer is ongoing. While no determination in the case has been made, we have made the decision to place Bauer on seven-day administrative leave effective immediately. MLB continues to collect information in our ongoing investigation concurrent with the Pasadena Police Department’s active criminal investigation. We will comment further at the appropriate time."

The team recalled RHP Brusdar Graterol from Triple-A Oklahoma City to start in his place.

Bauer's seven-day leave comes after it was announced earlier this week the ace was under investigation by the Pasadena Police Department after he was accused of sexual assault. His accuser was also granted a temporary domestic violence restraining order.

According to the court documents, the two met after she tagged him on a social media post and he sent her a direct message. The two remained in touch and eventually, Bauer invited her to his Pasadena home.

FOX 11 obtained court documents that revealed that the 27-year-old woman from San Diego said the two had a relationship that was sexual in nature but that Bauer reportedly forced her to engage in some physical activity she did not consent to, including being punched, sodomized, and choked.

The woman claimed in the court documents that some of the injuries she suffered left her crying and violently shaking amid their sexual encounter.

Bauer, who signed with the "Boys in Blue," after his time in Cincinatti, is currently 8-5 in his starts for the 2021 season and is an NL Cy Young Award winner.

He is also known for posting behind-the-scenes vlogs on YouTube. He has not uploaded a video to his YouTube channel since the sexual assault allegations surfaced. 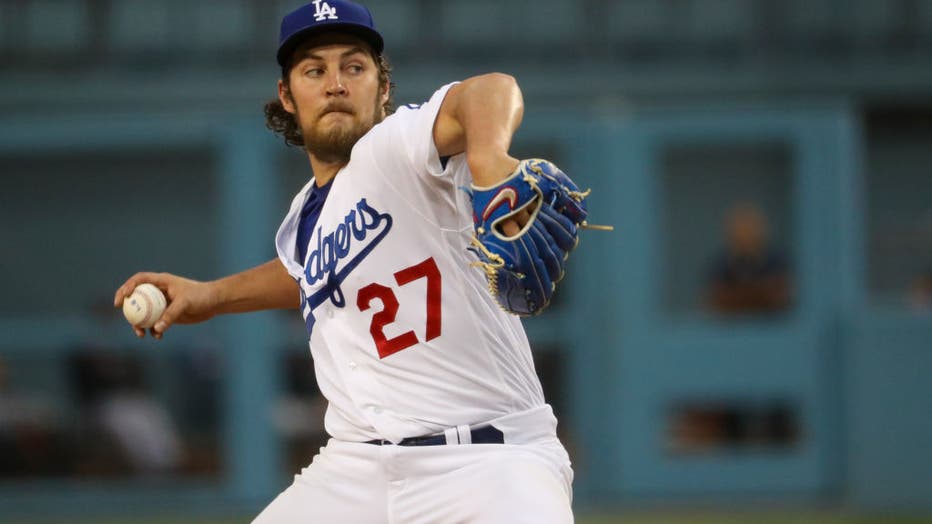 Bauer's attorney, Jon Fetterolf, said in a statement that the encounters between the woman and the Dodgers pitcher were "brief and wholly consensual sexual relationship."

Below is a full statement issued by Fetterolf. FOX 11 did not include the woman's name in Fetterolf's statement.

"Mr. Bauer had a brief and wholly consensual sexual relationship initiated by [the woman] beginning in April 2021. We have messages that show [the woman] repeatedly asking for ‘rough’ sexual encounters involving requests to be ‘choked out’ and slapped in the face. In both of their encounters, [the woman] drove from San Diego to Mr. Bauer’s residence in Pasadena, Calif. where she went on to dictate what she wanted from him sexually and he did what was asked. Following each of her only two meetings with Mr. Bauer, [the woman] spent the night and left without incident, continuing to message Mr. Bauer with friendly and flirtatious banter. In the days following their second and final encounter, [the woman] shared photos of herself and indicated that she had sought medical care for a concussion. Mr. Bauer responded with concern and confusion, and [the woman] was neither angry nor accusatory.

Mr. Bauer and [the woman] have not corresponded in over a month and have not seen each other in over six weeks. Her basis for filing a protection order is nonexistent, fraudulent, and deliberately omits key facts, information, and her own relevant communications. Any allegations that the pair’s encounters were not 100% consensual are baseless, defamatory, and will be refuted to the fullest extent of the law."

The Dodgers issued the following statement earlier this week:

"The Dodgers were made aware of the allegations against Trevor Bauer late this afternoon and immediately contacted Major League Baseball, which will be handling this matter. The Dodgers take any allegations of this nature very seriously, but will have no further comment at this time."