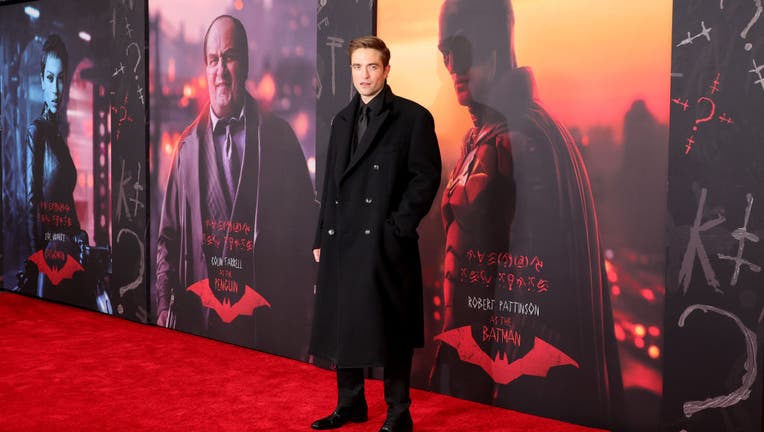 LOS ANGELES - The Batman soared to a $128.5 million opening weekend for the second-biggest debut of any film released since the beginning of the coronavirus pandemic, according to industry estimates released Sunday.

Warner Bros.' nearly 3-hour reboot of its caped crusader franchise trails only Marvel's "Spider-Man: No Way Home," which made about $260 million in its opening weekend in December. "The Batman" was directed by Matt Reeves and stars Robert Pattinson, Zoe Kravitz, Paul Dano and Colin Farrell.

"Uncharted" was a distant second place with $11 million Friday through Sunday in its third week of release, Comscore reported.

Moviegoers got a big surprise Friday night after actor Robert Pattinson appeared for a showing of Batman at a theater in Burbank.

"Dog" was third with $6 million in its third week.

"Spider-Man: No Way Home" was fourth, raking in another $4.4 million and bringing its 12-week domestic total to $786 million, third all-time.

"Death on the Nile" was fifth with $2.7 million in its fourth week in theaters in the United States and Canada.