Nine kids and one driver were injured after a multi-car collision in Inglewood.

INGLEWOOD, Calif. - Ten people were injured after a school bus carrying dozens of children was involved in a multi-vehicle crash in Inglewood Wednesday morning. 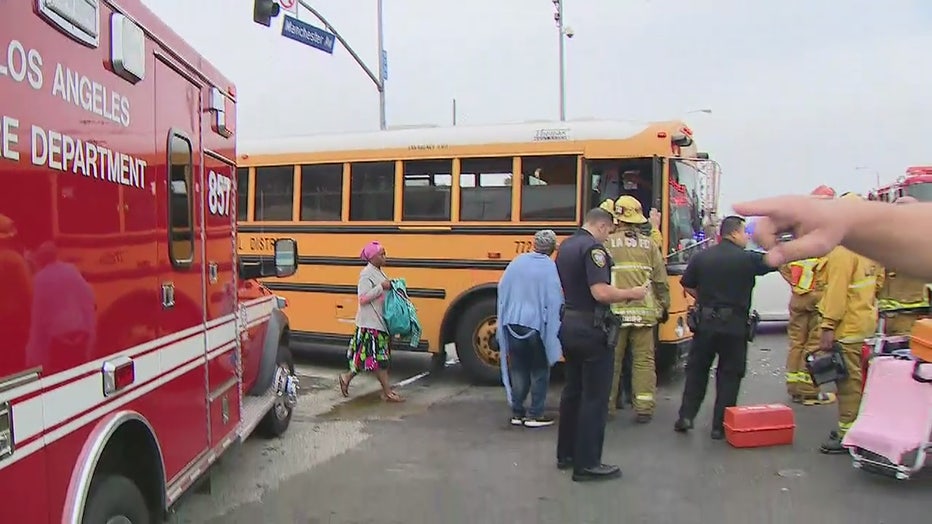 Firefighters were seen evacuating a confirmed 56 kids from the Los Angeles Unified School District bus on the intersection of Van Ness and Manchester avenues around 7:30 a.m. Distraught parents were also seen rushing to the accident.

The kids ranged from ages 8 to 10 years old and were all evaluated individually by firefighters. 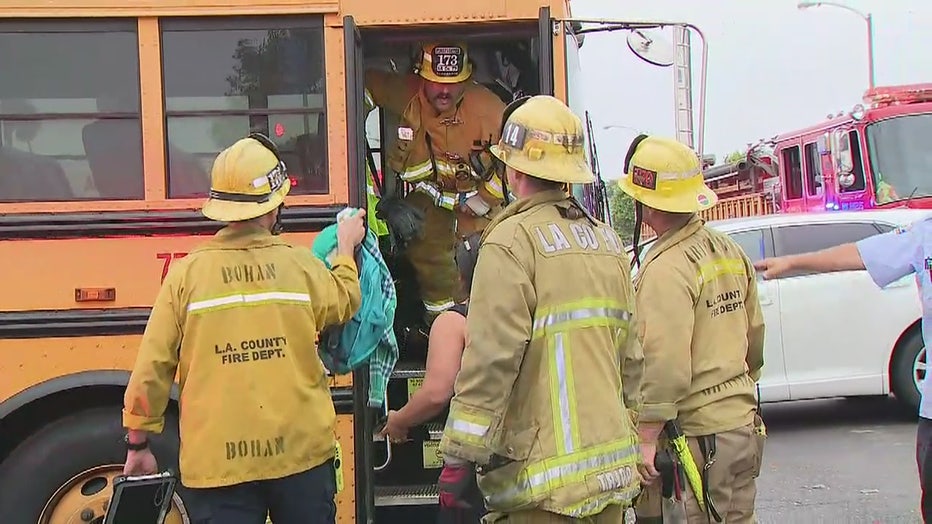 A gray Chrysler PT Cruiser and a white Toyota were also involved in the crash.

Nine children and a male driver were taken to a hospital by paramedics with minor injuries, officials said. 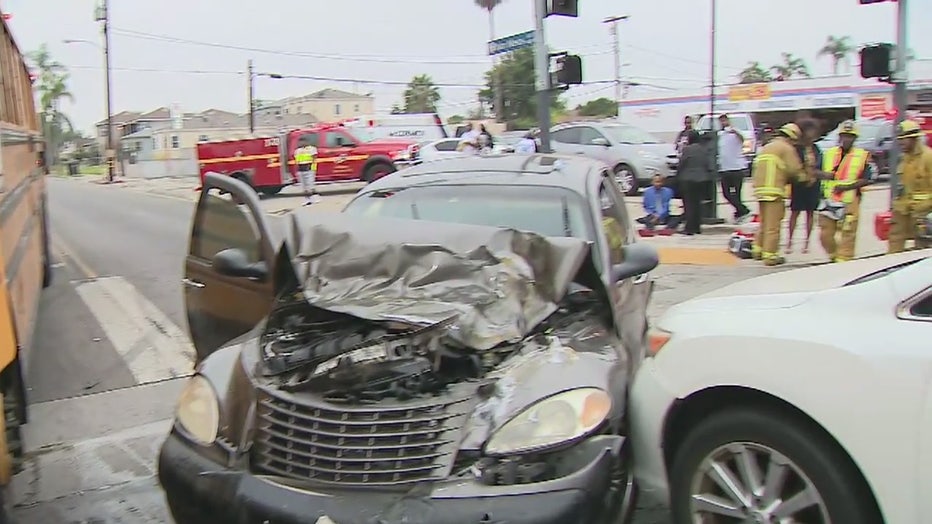 The intersection was expected to be closed for hours while authorities worked to conduct an investigation.

This is a breaking news story. Check back for updates.