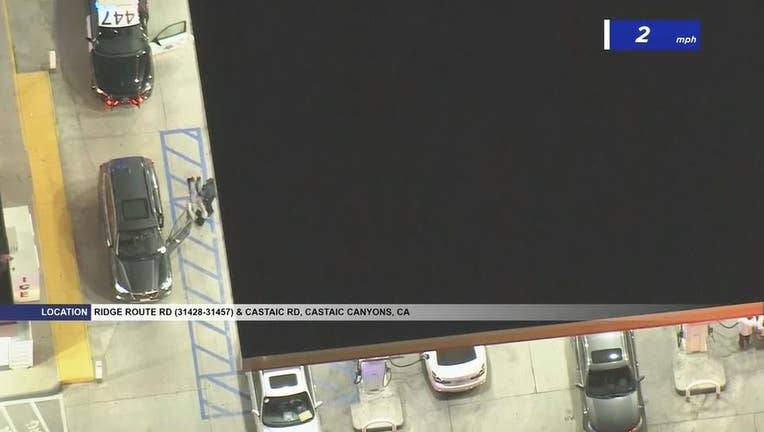 LOS ANGELES - A man who stole an SUV from a customer at a Santa Monica dealership led authorities on a chase for over two hours Friday night, from South Los Angeles to Ventura County, before being arrested in the Castaic area.

The man allegedly stole the Subaru from a person visiting a Santa Monica dealership "a few days ago,'' according to Sgt. Blake Cooper of the
Santa Monica Police Department, but details were not immediately available.

The chase started about 6:15 p.m. Friday, the Los Angeles Police Department said. It was not immediately clear where the chase began.

The Los Angeles Police Department stopped chasing the SUV in South Los
Angeles, and the suspect drove through Palms and Venice and eventually to
Santa Monica, where he got on the Pacific Coast Highway and made it to Ventura County.

The California Highway Patrol pursued the car back into Los Angeles
County, and the suspect stopped at a Shell station near Parker Road and the
Golden State (5) Freeway in the Castaic area, where he was taken into custody
shortly before 9 p.m.