POMONA, Calif - A suspect fleeing from a traffic stop in Pomona crashed into another vehicle, killing the driver, before taking off on foot, according to police.

The crash occurred near the intersection of San Antonio Avenue and Philadelphia Street, near Ann Arbor Avenue.

An officer attempted to pull over a vehicle for a code violation at Ninth Avenue and San Antonio just before 4 p.m. when the driver failed to stop,
police said.

The officer pursued the driver briefly with the car's police lights on before the driver crashed into another vehicle at Philadelphia Street, said Aly Mejia, spokeswoman for the Pomona Police Department. 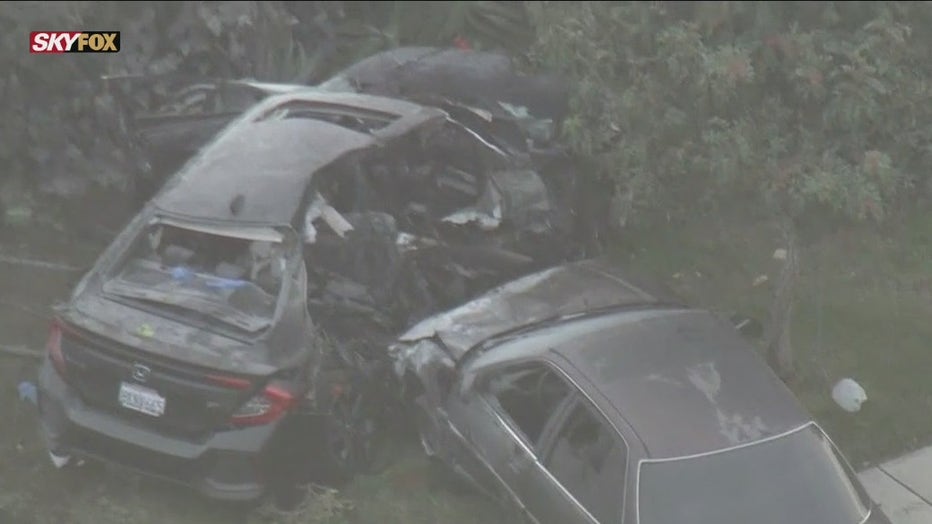 The suspect then fled on foot but was quickly arrested. The driver of the other vehicle died at the scene.