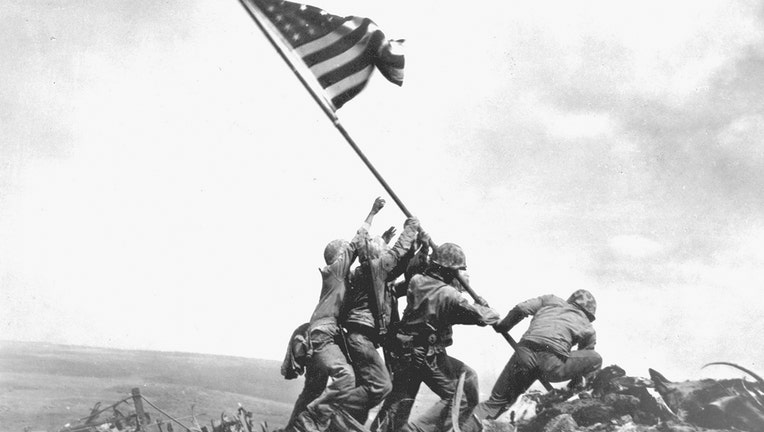 JAPAN - Sunday marks the 75th anniversary of US troops raising the flag at Iwo Jima.

According to TIME, the event happened on February 23, 1945 during the Battle of Iwo Jima of World War II. Associated Press photographer Joe Rosenthal captured the moment, taking one of the most famous photos of all time. In the photo, six Marines are shown raising the U.S. flag over Mount Suribachi. Rosenthal reportedly went on to win a Pulitzer Prize for Photography for the image.

The Associated Press says that the flag captured in Rosenthal’s image is on display at the National Museum of the Marine Corps in northern Virginia. The museum held a series of events and displays this weekend to honor the 75th anniversary of the Battle of Iwo Jima, which is described by the U.S. Marines as "one of the bloodiest battles in our nation’s history."

The Battle of Iwo Jima began on February 19, 1945 and went until March 16 that year, the Encyclopedia Britannica confirms. The United States and Japan were in conflict as American troops invaded the island of Iwo Jima as part of their Pacific campaign against Japan. America went on to win the battle but not without many deaths. The Encyclopedia Britannic says that the Japanese death toll was near 18,500 with about 6,800 U.S. Marine killed as well. Another 19,200 U.S. Marines were wounded and 27 Medals of Honor were awarded at the conclusion of the battle.