Police in Stockton, California say five shooting murders since July are likely related. All the victims were men.

STOCKTON, Calif. - Rewards totaling $85,000 have been offered for information leading to an arrest in five fatal shootings since July in Stockton, California, that investigators believe are related, police said.

After reviewing surveillance footage, detectives have located an unidentified "person of interest" in the killings, Stockton Police Chief Stanley McFadden wrote on the department’s Facebook page Saturday. Police released a grainy still image of a person filmed from behind, dressed all in black and wearing a black cap. 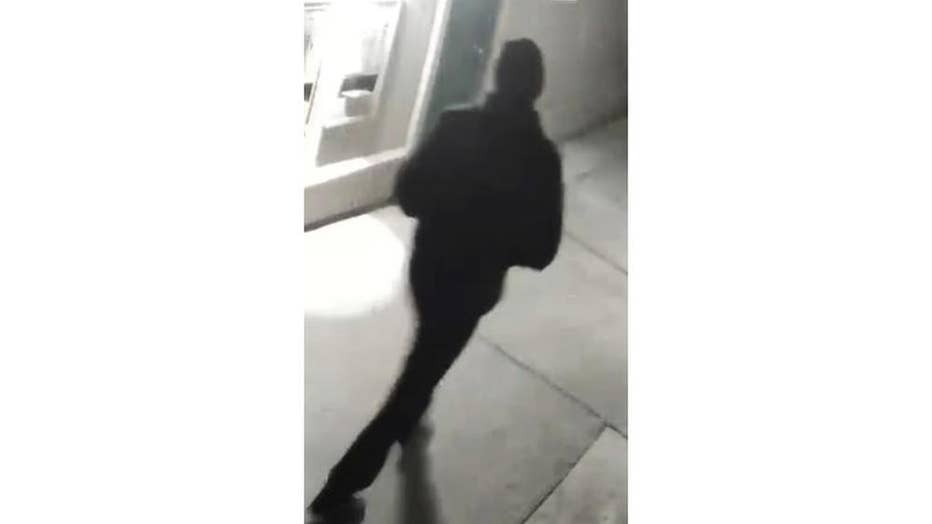 Police released a grainy still image of an individual filmed from behind, dressed all in black and wearing a black cap, who is a person of interest in connection with the shootings / Stockton PD

The shootings all took place late at night or early in the morning, with the first incident reported in July and the latest occurring just last week, police said. Investigators have release scant details about each case so far, but have said all victims were men, four of whom were Hispanic.

Most recently, a 54-year-old Hispanic man was shot and killed at about 1:53 a.m. on Tuesday in the area of the 900 block of Porter Avenue, police said.

Six days earlier, a 52-year-old victim, also Hispanic, was discovered shot and killed around 4:27 a.m. on the 4400 block of Manchester Avenue.

Police said the victims were each walking alone when they were killed in the evening or early morning in the city of 320,000 residents about 50 miles south of the state capital, Sacramento.

"We are committed to protecting our community and solving these cases utilizing all the resources at our disposal including YOU. We need YOUR help!!!! If anyone, has information regarding these investigations, call us immediately. Please remember our victims have grieving family members who need resolution. If you know something, say something," the chief wrote on Facebook. 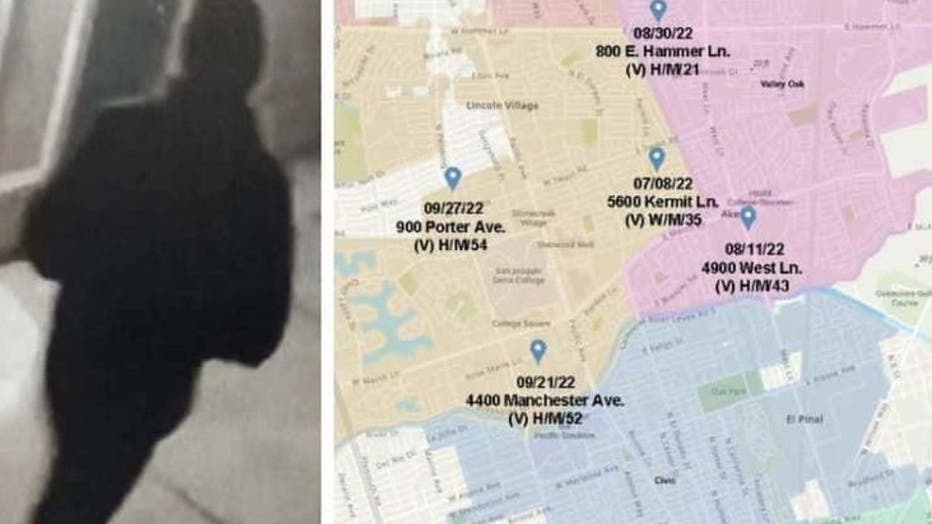 Police have opened a tip line dedicated to the crime investigation, asking anyone with information related to any of the shootings to call 209-937-8167 or email policetips@stocktonca.gov. McFadden added that anyone with possibly related video footage can submit the file online here.

The public is reminded to remain vigilant as the search for the suspected killer continues.

"Please avoid isolated areas and travel in well-lit areas. Remember, there is safety in numbers so if you can, travel with a friend," he stressed. "If you see suspicious activity, call 209-937-8377 or 911 if it’s an emergency."