Accused serial killer Billy Chemirmir is back on trial Monday for one of the 22 murders he's charged with.

DALLAS - Accused serial killer Billy Chemirmir is back on trial Monday for one of the 22 murders he's charged with.

In a Dallas County courtroom Monday, lead prosecutor Glen Fitzmartin laid out the case against Chemirmir.

"Over the course of the next few days you're going to hear about a woman named Mary Brooks and how she came to her untimely death at the hands of Billy Chemirmir," he said.

87-year-old Mary Brooks was found dead inside her Richardson home on January 31, 2018. Her grandson, David Cuddihee, testified her front door was unlocked, groceries from Walmart sat on the kitchen counter, and she also had no jewelry on.

A safe and other jewelry were missing from the house.

"My nieces pointed out that we hadn't seen any jewelry," said Ann Brooks, Mary's daughter.

"Two months later is when things really start to come together that we in Dallas County has an individual whose preying, killing women," said Fitzmartin. 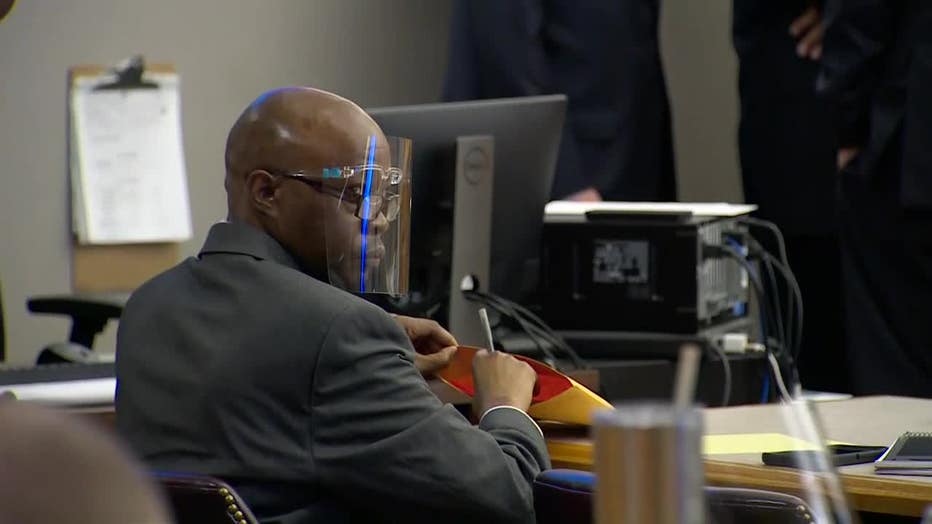 Chemirmir was convicted of capital murder in April for the killing of Lu Harris in 2018, but a second capital murder conviction might provide needed assurance to families.

Investigators believe Chemirmir tried to kill yet another woman, Mary Bartel, by smothering her.

She survived and gave detective information that led to Chemirmir. Her 2018 deposition was shown to the jury Monday.

Surveillance video is key evidence in this trial, as it was for the jury in the previous trial.

The video shows Harris and Chemirmir at Walmart at the same time.

Brooks had been shopping there as well.

The prosecution says Chemirmir was parked next to Brooks at the store the day she was killed, Jan. 30, 2018.

Richardson Police Sergeant Kelly Pagel testified Chemirmir's cell phone pinged from the Walmart to Brooks' home, placing him at the scene of the crime.

She also testified that the next day, Chemirmir sold a rare piece of jewelry belonging to Brooks on the site Offer Up.

Accused serial killer Billy Chemirmir is back on trial Monday for one of the 22 murders he's charged with.

One former Dallas County prosecutor with no ties to the case told FOX 4: "The likely purpose of this prosecution is to ensure that a second consecutive life sentence is handed down.  Each conviction has its own right to appeal and while most appeals are denied the likelihood of winning two separate appeals would be very low. A second capital murder conviction and sentence of life without parole would virtually ensure that that he would spend the rest of his life incarcerated."

The majority of Chemirmir’s alleged murders happened at senior living facilities, where prosecutors say he posed as a maintenance worker.