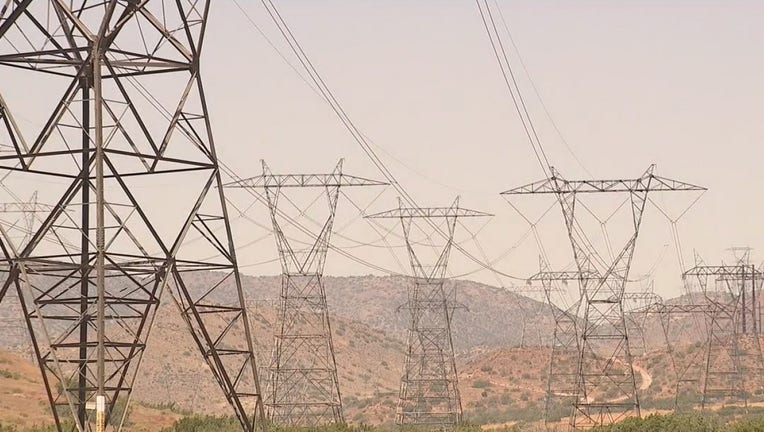 LOS ANGELES - Managers of California's power grid are anticipating another day of high electricity demand, one day after initiating rolling blackouts for the first time since 2001.

After a day that saw triple-digit temperatures in many parts of the state, the California Independent System Operator declared a Stage 3 Emergency
at 8 p.m. Friday and directed utility companies to initiate rotating outages
throughout California.

Southern California Edison announced at 7:45 p.m. that it had been instructed to begin rotating, one-hour service interruptions. Pasadena Water and Power also warned residents about the one-hour outages, while Anaheim officials said their outages would not last more than 15 minutes.

Power that had been disrupted as part of the emergency has been restored statewide.

The Los Angeles Department of Water and Power said the rolling blackouts did not affect residents of the city. "We own our own power plants and transmission lines and had enough supply to meet demand + req'd reserve,'' the department tweeted late Friday.

"We encourage our customers to conserve to help state grid and reduce strain on system.''

The emergency was lifted shortly before 10 p.m., and power was restored.

"A Stage 3 Emergency is declared when demand outpaces available supply,'' Cal-ISO said in a statement. The order was declared after "extreme heat drove up electricity demand across California, causing the ISO to dip into its operating reserves for supply to cover demand.''

"Although a Stage Emergency is a significant inconvenience to those affected by rotating power interruptions, it is preferable to manage an emergency with controlled measures rather than let it cause widespread and more prolonged disruption,'' Cal-ISO said.

A Flex Alert was issued earlier in the day, urging residents statewide to conserve electricity between 3 and 10 p.m. to avoid overloading the
power system.

Cal-ISO offered a series of tips, including:

According to CAL-ISO, the state's available capacity for Saturday was 49,184 megawatts, with peak demand expected to be 46,372 megawatts.