City of Los Angeles prepares for outcome of Chauvin trial

Law enforcement agencies across the Southland will be in a state of readiness this week as the Minnesota murder trial of a former police officer charged in the death of George Floyd nears an end, raising concerns about a repeat of mass protests and unrest that occurred last summer.

LOS ANGELES - Law enforcement agencies across the Southland will be in a state of readiness this week as the Minnesota murder trial of a former police officer charged in the death of George Floyd nears an end, raising concerns about a repeat of mass protests and unrest that occurred last summer.

Beverly Hills police will be on "full alert" in the city's residential and business districts this week as the trial of Derek Chauvin concludes, and will be working with "other law enforcement personnel and private security companies."

"While we are hopeful for a peaceful time following the verdict, the Beverly Hills Police Department is well-prepared and committed to protecting our city," police Chief Dominick Rivetti said in a statement Friday night.

City officials noted that some businesses may choose to limit their operations, and the city could take other "preventative measures" to protect city facilities and property.

Cities across the country, including Beverly Hills, are bracing for possible protests once the verdict is announced in the Derek Chauvin trial.

Villanueva said the sheriff's department is communicating with state and local law enforcement agencies "as to their state of readiness," including the California National Guard, which could be requested for assistance if conditions demand.

"I strongly support the First Amendment and the people's right to protest, but if these actions become violent or shift into lawlessness, then swift and decisive action will be taken to protect life, protect property and maintain civil order," Villanueva tweeted over the weekend. "This will be accomplished in a fair, firm and impartial manner, in accordance with the law and 21st century policing concepts."

Villanueva also issued a warning to the media, saying deputies will support reporters in their efforts to cover protests, "but that support does not extend into allowing members of the media to become part of the problem once an assembly has been declared unlawful."

Last week, Villanueva, Moore and about two dozen religious and community leaders gathered in front of LAPD headquarters to plead for calm following the verdict in Chauvin's trial. 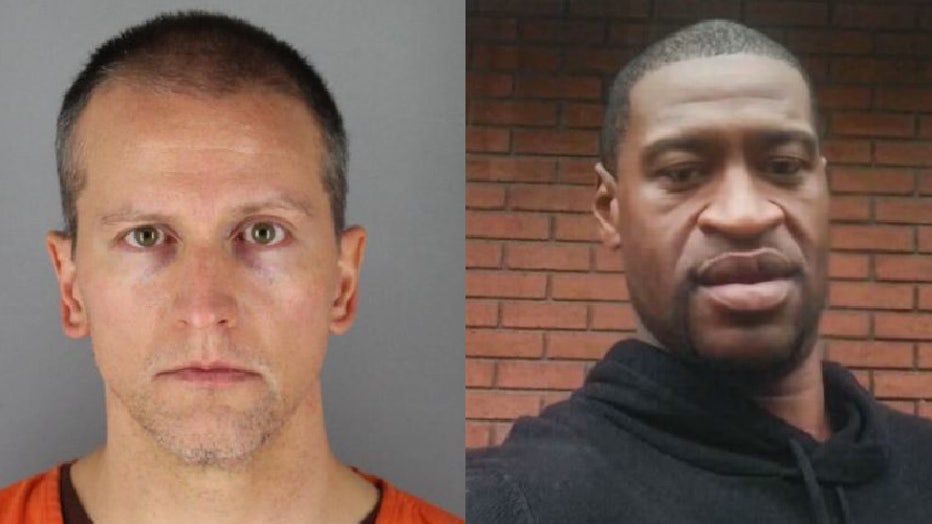 Chauvin is accused of murder for kneeling on Floyd's neck for nearly nine minutes while arresting him for allegedly passing a counterfeit $20 bill last Memorial Day. Floyd's death sparked nationwide protests, including in the Southland.

"All of us will do all within our power to support and facilitate these expressions within our community," Moore said of possible protests following the verdict. "As one community, our Los Angeles community, we must also strive to not allow legitimate anger and frustration to spiral into violence, or allow others to hijack community emotions for their own destructive purposes."