This holiday season isn't the same for Natalie and her family as they are still displaced months after LAPD detonated confiscated fireworks in South Los Angeles.

LOS ANGELES - It has been nearly five months since a firework explosion displaced several South LA residents... and some are still unable to return home.

As many people get ready to spend the holidays at home with family, one mother of five says she is struggling to keep a roof over their heads.

"It's frustrating you know, there's times when I sit down when I'm by myself and I cry," said Natalie Quintanilla.

The June 30th fireworks explosion on East 27th Street in South LA damaged her apartment complex and months later... it hasn’t been repaired.

"The nails on top are all missing. The cracks all over standing from the frame on the doors. Obviously, the windows are gone. There is glass everywhere. That is all from the explosion," she exclaimed. 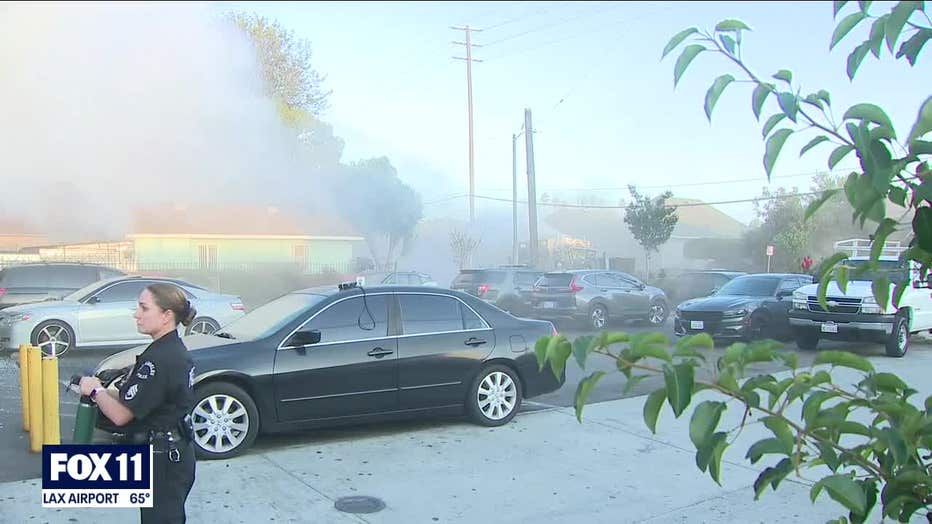 The explosion injured 17 people and damaged numerous vehicles and properties. The explosion happened after LAPD decided it was best to detonate thousands of pounds of illegal fireworks in the neighborhood, rather than transport them elsewhere. Unfortunately, the container designed to safely detonate explosives failed catastrophically.

Many families like the Quintanilla’s are still struggling after they were displaced.

"A lot of us are in the same situation, you know, still, and it wasn't our fault."

To make matters worse, burglars broke into the complex a few weeks ago, even though the LAPD has units outside during the day and night.

"They still broke in; they took my daughter's clothes, left her with nothing. Luggage, microwaves. Like it's just, you know, one thing after another," Quintanilla told FOX 11.

In this South LA neighborhood, you can feel the resident’s frustration when reading the signs placed on their properties. Signs that make it clear that no repairs have been completed. 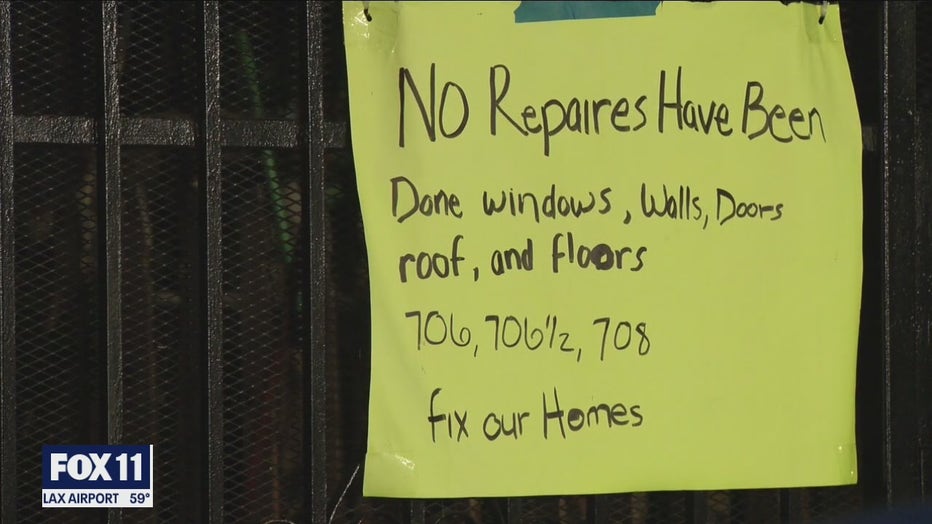 Natalie says when she calls her landlord she always gets the same answer... "call the city, it’s their fault that you’re not home."

Even though the city did provide relief assistance to the victims and temporary shelter, it’s not exactly how Natalie envisioned spending the holidays with her family.