SoCal rent prices have skyrocketed in the last year

Rising home prices are pushing up the price of rent too. Experts say the U.S. has seen an increase of a half percent in rent prices per month, the largest increase in 20 years.

LOS ANGELES - The competitive housing market across the country and in Southern California is having an impact on the rental market too.

"We know the housing market is crazy for bidding wars, and everything else that's happening, but those people have to go somewhere so when they don't win that bidding war, they have to find a place to live too, and now we're seeing a huge increase in rental demand," said Suzanne Seini, CEO and Partner of Active Realty. 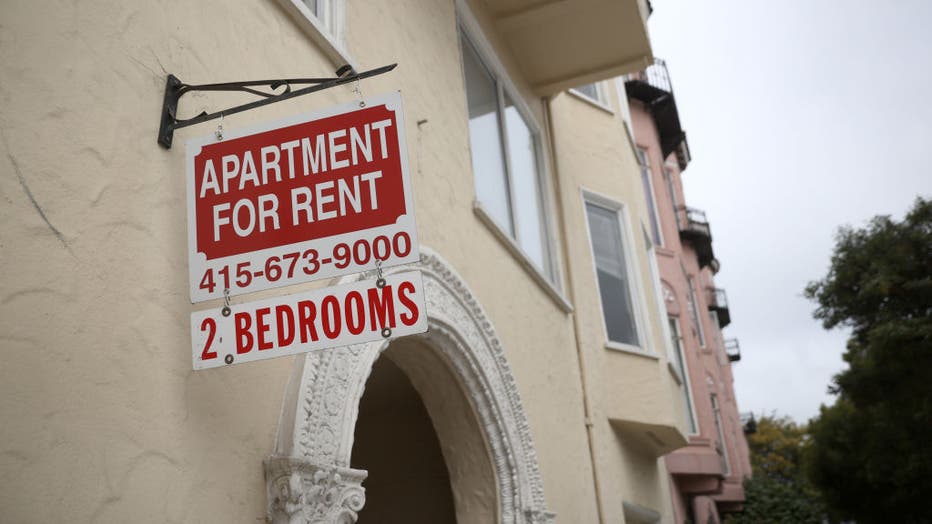 SAN FRANCISCO, CALIFORNIA - JUNE 02: A "for rent" sign posted in front of an apartment building on June 02, 2021 in San Francisco, California. After San Francisco rental prices plummeted during the pandemic shutdown, prices have surged back to pre-pa

"It's a pretty significant amount. In LA for a two bedroom, the average rent is now $3,000 dollars a month. Obviously LA is pretty big but that's taking the average," said Seini.

Seini said the U.S. has seen an overall increase of a "half percent" in rent prices month to month.

"It was half a percent from December to January which doesn't seem like it's a lot but half a percent is the largest increase month over month that we've seen in 20 years, so it's huge," said Seini.

"I think that's (inflation) gonna play into everything, everywhere. We're seeing it with homes. You're seeing it with supplies. You're seeing it in what it takes to build homes which is kind of why we're in this position in the first place. Quite frankly we just haven't been building the way we were building in the past. Over the past ten years, it's almost stopped. We need more inventory so whether that's for homes to buy or homes to rent, we're kind of in the same boat either way," said Seini.

Remote work has also led people to buy homes in areas they would not have if they were commuting to work.

"Almost anyone can work from anywhere, so they're moving to places that they wouldn't have moved before and with that, a lot of people are being pushed out because they don't have the money to compete with something like that," Seini said.

Dajauna Marcella is a single mother to one daughter, Rosalinda, and has been struggling to find a home.

"It's horrible. It's frustrating because even when I feel that I find the right place, it's always something. Either it's too expensive, and I can't afford it or even when I try to set the budget and try to save, by the time I save for that, there's another price," said Marcella.

Marcella is currently living with her mother.

"I'm here trying to save, but it's never going to be enough. I'm ready to move into our own house but it's impossible. We're probably going to have to move into a one-bedroom house and then we probably won't be able to own it," said Marcella.

Seini recommends boosting your finances to compete in this market.

"The only thing you can do is take care of your finances and make sure you are in a competitive situation, and you're able to make a proper offer whether that be to buy or to rent," she said. "All you can really do is take care of your credit, make sure you are watching all of that because it's more important than ever, and maybe save up a little bit so that you have those deposits and some of those unexpected larger costs that you didn't think were gonna come. There's not an easy, quick fix. It's not something that's just going to change tomorrow. It's going to take some time to pull out of this."