LOS ANGELES - After nearly six years of litigation, Southern California Gas Co. and its parent company, Sempra Energy, will pay up to $1.8 billion to settle the claims of more than 35,000 victims of the 2015 Aliso Canyon natural gas storage facility blowout near Porter Ranch, attorneys for the plaintiffs announced Monday.

The plaintiffs in the Los Angeles Superior Court litigation alleged they suffered personal injury and property damage after one of SoCalGas' natural gas storage wells failed and uncontrollably released nearly 100,000 tons of methane and other substances into the atmosphere over 118 days. The Aliso Canyon blowout remains the biggest natural gas leak in U.S. history. 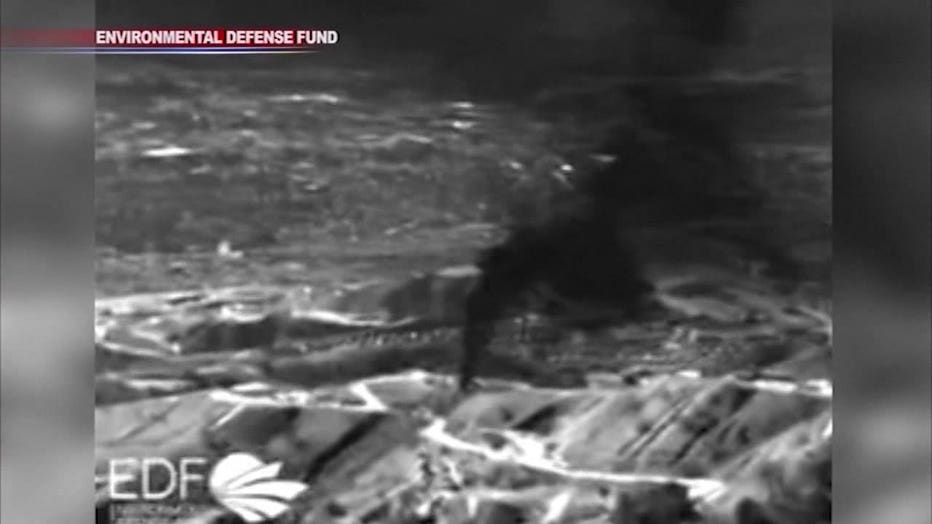 Sempra and SoCalGas have denied wrongdoing. Subject to certain conditions, the settlement money will be allocated among the plaintiffs in accordance with an protocol developed by neutral, independent allocators, attorneys said.

The plaintiffs' attorneys from multiple law firms released a statement regarding the settlement.

"Our goal has always been obtaining justice for the men, women and children who were failed by SoCalGas throughout every turn of this catastrophe," the statement read. "This settlement, and the numerous discovery sanctions imposed by the court, hold Sempra and SoCalGas accountable for the Aliso Canyon blowout and their repeated misconduct throughout this litigation."

SoCalGas also released a statement, saying that the company will record an after-tax charge of approximately $1.1 billion this month and that the settlement costs encompassing a total of three agreements will not be borne by consumers.

"These agreements are an important milestone that will help the community and our company work toward putting this difficult chapter behind us," said SoCalGas CEO Scott Drury. "In the years since the leak, SoCalGas has worked alongside regulators, technical experts and our neighbors to enhance safety at all our underground storage facilities and our engagement with the community. As a result, our storage facilities operate by what regulators and experts have called some of the most rigorous safety standards in the country."

During the litigation, SoCalGas, Sempra Energy and their lawyers from Morgan, Lewis & Bockius LLP were sanctioned over $5.7 million, one of the largest discovery sanctions in California history, according to the plaintffs' attorneys.

The utility giants and their counsel wrongfully withheld over 150,000 documents under a pattern of discovery misconduct that a judge characterized as "willful, intentional and in bad faith," according to the plaintiffs' lawyers.

In September 2016, SoCalGas pleaded no contest to a misdemeanor count of failing to immediately report the gas leak, which began Oct. 23, 2015, and wasn't capped until mid-February 2016. Three other misdemeanor charges -- one count of discharging air contaminants and two more counts of failing to report the release of hazardous materials -- were dismissed as part of the deal.

Under its $4 million settlement agreement with prosecutors, SoCalGas was required to install and maintain an infrared methane monitoring system at the Aliso Canyon site -- estimated to cost between $1.2 million and $1.5 million -- and to retain an outside company to test and certify that the monitoring system and real-time pressure monitors to be placed at each gas well are working properly.

The agreement also mandated the hiring of a half-dozen full-time employees to operate and maintain the new leak-detection systems 24 hours a day at a cost of about $2.25 million over three years.

The agreement also called for the company to revise and adopt new reporting policies for actual and threatened releases of hazardous materials to the appropriate agencies, and mandated training courses on proper notification procedures for all of the utility's employees who work at natural gas storage facilities within Los Angeles County.

Health concerns stemming from the gas leak prompted thousands of residents to move out of the area into temporary housing at the expense of the Gas Co. Residents have complained of health issues due to exposure to benzene, uranium, crude oil and other cancer-causing chemicals.