JAPAN - It’s a vacation nightmare… hundreds of people stuck in their cruise cabins under quarantine after numerous coronavirus cases were confirmed aboard the Diamond Princess Cruise ship.

Passengers have been trapped inside their cruise cabin since February 4 which is docked at Yokohama, Japan. About 380 Americans are on the cruise ship.

But there is some god news-- the Japanese Ministry of Defense said around 300 of them were preparing Sunday night to leave on buses to take them to Tokyo's Haneda Airport. The U.S. State Department has arranged for charter flights to fly the Americans back to the United States.

She tested positive for the virus Friday while on board the cruise ship and was transported four hours to a hospital in Fukushima.

Luckily, all her tests now are clear…she doesn’t have a fever and is showing no sign of the virus. 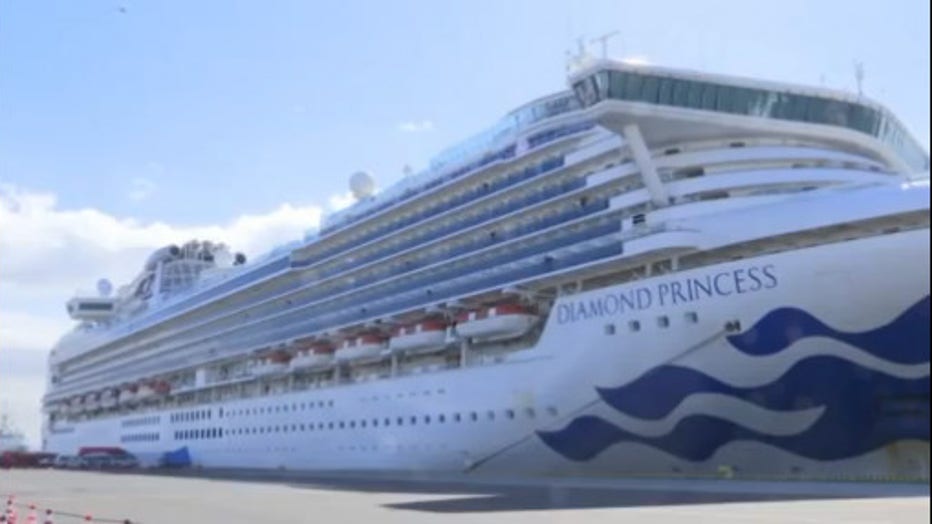 Still, she’s stuck there for two weeks…while her husband and friends aboard the cruise are about to disembark.

The US government is evacuating healthy American passengers to either Northern California or Texas for two more weeks of quarantine.

The Santa Clarita KHTS radio station owners who we spoke to last weekend, shared a balcony with their dear friend.

“Negatives are we’re leaving Jerri by herself in Japan. Positives are hopefully we can order stuff on Amazon. I would kill for something as simple as a Q-Tip swab right now,” said Jeri Serrati-Goldman who was also stuck on the quarantined cruise ship.

They’ve been trapped inside their cruise cabin since February 4th.