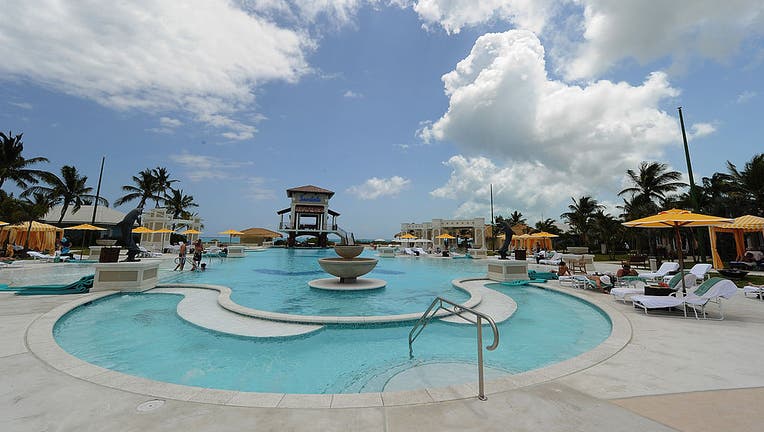 Police in the Bahamas have identified the three Americans Monday who were found dead late last week at the Sandals Emerald Bay resort on Great Exuma island.

The deceased were confirmed as Michael Phillips, 68, Robbie Phillips, 65 of Tennessee, and Vincent Chiarella, 64, of Florida. Donnis Chiarella, Vincent’s wife, is said to be in stable condition after being airlifted to a hospital in Miami over the weekend.

"If you want the most beautiful long private beach with clear blue water and you like to hear the waves lapping, see sand dunes and hear the seagulls talking -- this is it!" read the most recent post on a Facebook page purportedly belonging to Robbie Phillips, dated Thursday afternoon. The bodies were found on Friday.

The couple has three children and six grandchildren, it adds.

"Robbie has worked in the travel industry for more than 25 years," a biography of her on the website also says. "She has traveled around the world and to each of the Caribbean islands. She loves planning honeymoons and destination weddings."

Paul Rolle, Chief Superintendent of Police at Royal Bahamas Police Force, said samples have been collected from all of the victims and will be sent to a lab in the U.S. for further examination, according to the Nassau Guardian.

Sandals, in a statement to Fox News Digital, said "it is with deep sadness that we can confirm the passing of three guests at Sandals Emerald Bay on May 6, 2022.

"A health emergency was initially reported and following our protocols we immediately alerted emergency medical professionals and relevant local authorities," it added. "We are actively working to support both the investigation as well as the guests’ families in every way possible during this difficult time."

The Royal Bahama Police Force said in a statement Friday that when investigators arrived on-scene, they were "directed to the first villa.

"On entering a bedroom, they found a Caucasian male laying on the ground unresponsive," the statement read. "An examination of the body was conducted, there was [sic] no signs of trauma found. The local doctor later pronounced the victim dead."

Fox News' Kim Wagner contributed to this report. Get updates on this story at Foxnews.com.