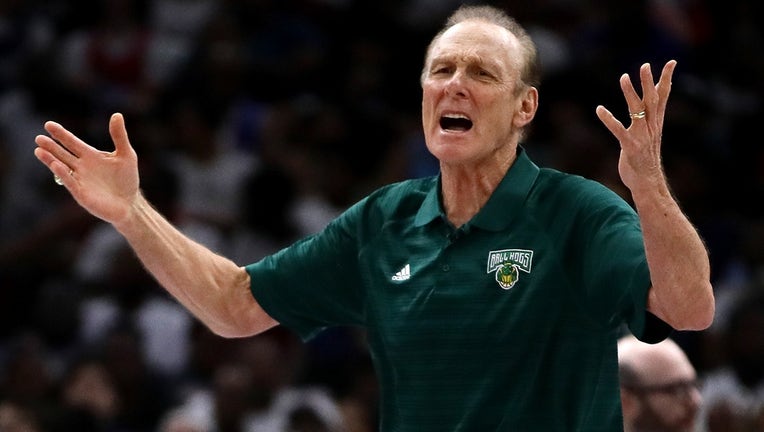 FOX NEWS - Basketball Hall of Famer Rick Barry said Sunday the U.S. should be helping out those who served the country first before spending "billions of dollars on people who aren't even supposed to be in this country."

Barry, during an appearance on "Life, Liberty & Levin," told host Mark Levin no one can justify a country that is borrowing money to give it away to countries where leaders are getting richer and are leaving out the people who are actually supposed to receive the help.

"Then we spend billions of dollars on people who aren't even supposed to be in this country," Barry said. "And I know we were found on immigrants ... but the people came over here and did it the proper way and they took pride in being part of America."

Barry added that veterans need to be getting more help.

"The way we treat our military -- or the people who have helped to make this country what it is today -- is reprehensible that we have these guys living out in the streets," he said.

Barry added: "It really does bother me that they can sit around and supposedly be doing their job representing us but then vote on things and pass things for their benefit and not go ahead and ask us is it OK if we do this. They just do it on their own."

The 12-time All-Star also took issue with those who originally supported the U.S. building a wall along the border with Mexico and now are against it. Barry said politicians are against the wall because it's President Trump who decided to go forth with a plan.

"All of these people who are now against [building the wall]. Why? Because it's Donald Trump trying to get the wall built," Barry said. "But when it was other people and other presidents trying to get the wall they were all for it. How conveniently they forgot the fact that they were for it. But now all of a sudden they're not for it. What changed?"

Barry, who played in the NBA for the Golden State Warriors and Houston Rockets and in the ABA for the Oakland Oaks, Washington Capitols and New York Nets, is now focused on coaching in the Big3 Basketball League.

He is the coach of the Ball Hogs, which features former NBA players Brian Scalabrine, Josh Childress and DeShawn Stevenson.