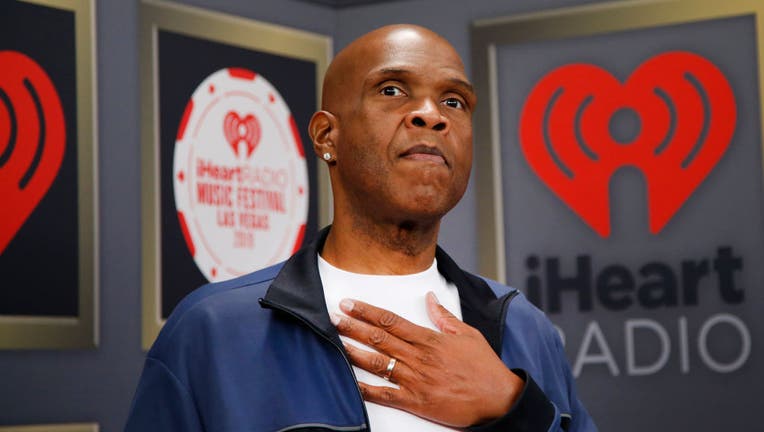 LOS ANGELES - A star on the Hollywood Walk of Fame is scheduled to be unveiled Wednesday honoring bodyguard turned radio show host "Big Boy," coinciding with his 52nd birthday.

Rapper Dr. Dre and comedian George Lopez will join "Big Boy" in speaking at the 11:30 a.m. ceremony on Hollywood Boulevard in front of Amoeba Music that will be streamed on the Walk of Fame's website, www.walkoffame.com.

Big Boy' is L.A.'s pride and joy and a hero to his listeners," Hollywood Walk of Fame producer Ana Martinez said.

Born Kurt Alexander on Sept. 8, 1969 in Chicago, "Big Boy" moved to California when he was 2 years old. He went from being a DJ at parties to a bodyguard for the alternative hip-hop group The Pharcyde.

A friendship with the Baka Boyz, the morning show hosts at Power 106, led to "Big Boy" becoming a nighttime host at the rhythmic contemporary station in 1994. He moved to afternoon drive time in the summer of 1995 and to morning drive time in late 1997 with a show titled "Big Boy's Neighborhood."

"Big Boy" remained at Power 106 through 2015, when he joined Real 92.3. His show is syndicated nationally by Premiere Networks. A two-hour version is broadcast by the digital cable network FM.

"Big Boy" was a guest host on the CBS afternoon talk show "The Talk" from 2013-18. He appeared in the films "The Longest Yard" and "Deuce Bigalow: Male Gigolo" and had a recurring role in the 2002-03 Fox crime drama "Fastlane."

"Big Boy" got the nickname because he weighed more than 400 pounds. He underwent duodenal switch surgery in 2003, leading to a weight loss of more than 250 pounds. The weight loss inspired the title of his 2011 autobiography, "An XL Life: Staying Big at Half the Size."