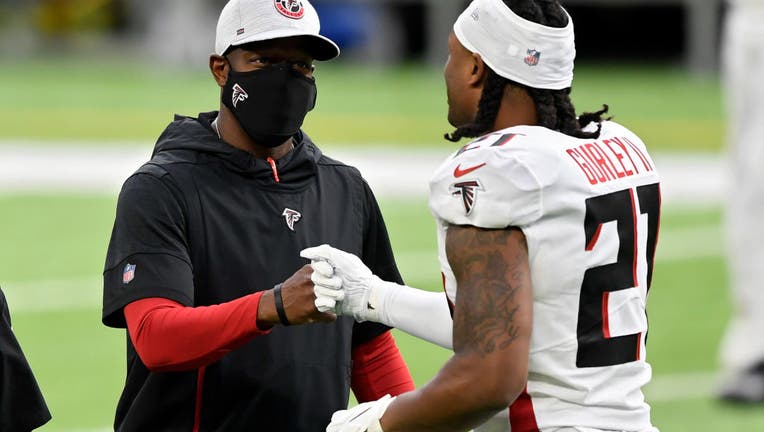 MINNEAPOLIS, MINNESOTA - OCTOBER 18: Interim head coach Raheem Morris of the Atlanta Falcons meets with Todd Gurley #21 before the game against the Minnesota Vikings at U.S. Bank Stadium on October 18, 2020 in Minneapolis, Minnesota. (Photo by Hannah

LOS ANGELES - The Los Angeles Rams appear to have found their guy to lead the defense.

The Rams announced on Thursday the team has reached a deal with former Atlanta Falcons interim-head coach Raheem Morris to be LA's new defensive coordinator. Morris, 44, replaces Brandon Staley, who was named head football coach for the Los Angeles Chargers.

Prior to joining the Rams, Morris was with the Falcons from 2015 to the end of the 2020 season. Before his stint in Atlanta, his previous stops include the Washington Football Team, and the Tampa Bay Buccaneers, where he was the Bucs' head coach from 2009 to 2011.

As the Rams defensive coordinator, Morris inherits a defense that features Pro Bowlers Aaron Donald and Jalen Ramsey. Moore also has big shoes to fill as the Rams earned a leaguewide reputation for having one of the best defenses in the NFL under Staley. LA finished the 2020 regular season with the No. 1 total defense with just under 282 yards per game.