INGLEWOOD, Calif. - A man arrested in connection with an assault at SoFi Stadium earlier this year that left a San Francisco 49ers fan in a medically-induced coma pleaded not guilty Wednesday, claiming self-defense.

Bryan Alexis Cifuentes Rossell, 33, was arrested on one count of battery with serious bodily injury in connection with the assault on Daniel Luna, a 49ers fan who traveled by himself to Los Angeles County for the NFC Championship game in January. Cifuentes was booked into jail on a felony assault charge but bonded out on $30,000 bail. 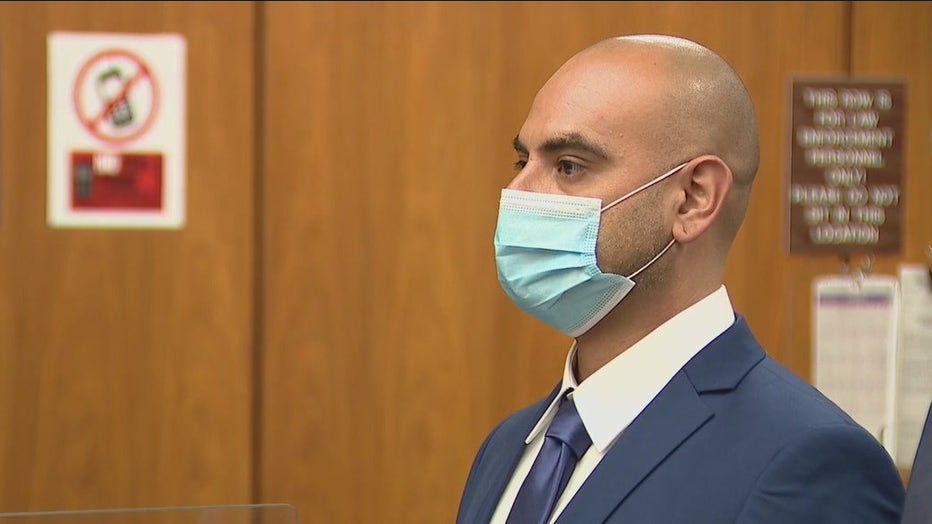 Bryan Alexis Cifuentes Rossell appeared in court in connection with an assault at SoFi Stadium earlier this year that left a San Francisco 49ers fan in a medically-induced coma.  (FOX 11)

"Video evidence will confirm that my client did not throw the first punch and was merely responding in order to protect himself and his wife," said Cifuentes' attorney.

"Today I pleaded not guilty and I ask everyone to remember we all have a right to defend ourselves," Cifuentes said in a press conference after his court appearance.

Luna was punched in the head and was placed in a medically-induced coma. He has since recovered from the coma.