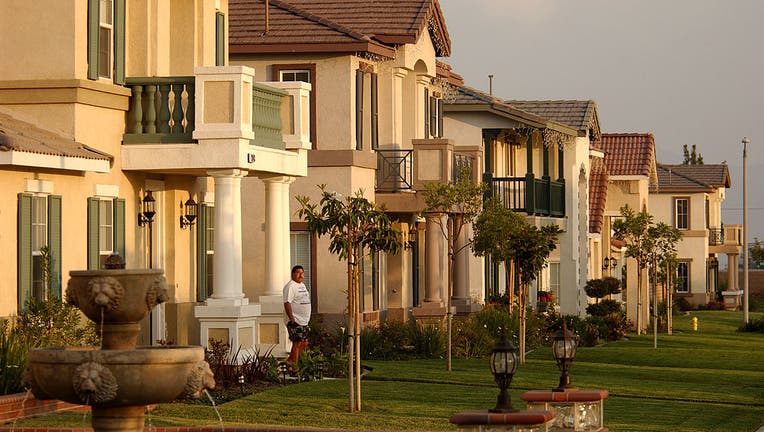 SACRAMENTO, Calif. - California voters gave the state’s landmark 1978 law to limit property taxes a makeover Wednesday, passing a measure that gives exemptions to older homeowners, the disabled and wildfire victims and strips breaks from people who inherit homes but don’t live in them.

Proposition 19 received 51% of the more than 15.3 million votes cast, giving a big victory to the California Association of Realtors, which made major changes to a similar initiative in 2018 that voters rejected by 20 percentage points.

Under 1978 rules established under the landmark Proposition 13, property taxes are set at 1.1% of the sales price and increase no more than 2% a year for inflation until a property is sold, a system that can create huge savings for people whose homes greatly appreciate.

The newly approved Proposition 19 allows people 55 and older, the disabled and wildfire victims to carry their low property tax assessments with them when they move. The exemption is expected to fuel home sales by encouraging people who were reluctant to move because their tax bills would rise sharply.

Unlike two years ago, the 2020 version prohibits people from keeping their low assessments when they inherit properties and don’t live in them, using them instead for rental income.

The exemption for older homeowners and others will cut into property tax revenue but that will be more than offset by gains from ending breaks on inherited property, yielding a net gain that the state Legislative Analyst’s Office estimates could reach hundreds of millions of dollars a year each for schools and local governments over time. Most of the new money would go to fire protection.

A vote of more than two-thirds of both houses in the state Legislature placed the measure on the ballot this year. In 2018, the Realtors Association got on the ballot by gathering voter signatures.

Labor unions became allies. The California Professional Firefighters union spent money to defeat the 2018 measure and became a co-sponsor of the 2020 version.

Advertising saturated airwaves with a message on how the money would aid in fighting wildfires.

Josh Pulliam, consultant for the Yes on 19 campaign, said the 2020 version had “much broader appeal” and resulted from backers of the 2018 measure taking into account changes that other groups wanted to the 1978 tax-setting rules, which are enshrined in the state constitution.

“It was about finding common ground, so you ultimately have a better result,” he said.

In 2018, the brokers group raised far less money, a signal of how much more confident it was this time around.

The measure competed for attention with another proposition that would have partially dismantled the 1978 rules by reassessing commercial and industrial property every three years, instead of tying it to the sales price. Voters narrowly rejected Proposition 15.